The planned meeting aims to find a single initiative that might serve as a basis for a compromise solution between the country's rival factions. 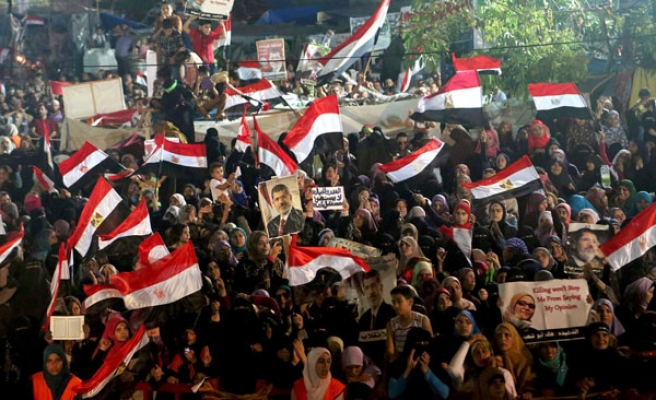 Al-Azhar has yet to set a date for a meeting that would bring together public figures who have recently floated initiatives aimed at resolving Egypt's ongoing political crisis.

"No final date has been set for the meeting at Al-Azhar. But there has been a positive response from various currents and figures to the invitation to sit down to produce a unified initiative," Mohamed Mehanna, an adviser to Al-Azhar Grand Imam Ahmed al-Tayeb, told Anadolu Agency on Monday.

The planned meeting aims to find a single initiative that might serve as a basis for a compromise solution between the country's rival factions.

In recent weeks, several initiatives have been proposed by political parties and high-profile figures, including former prime minister Hisham Qandil, Islamic scholar Mohamed Selim al-Awa and the Strong Egypt Party, among others.

Most proposed initiatives stipulate the reinstatement of Egypt's 2012 constitution and the holding of presidential elections within 90 days.

However, the National Alliance for the Defense of Legitimacy, a coalition of largely Islamist groups and figures that support ousted president Mohamed Morsi, has rejected any dialogue initiative proposed by Al-Azhar.

The Brotherhood-led coalition said that Al-Azhar could not serve as an honest broker, citing the grand imam's support for "military coup" against an elected leader, Mohamed Morsi.

Nevertheless, Mehanna said that the prominent religious institution would continue its efforts to help end the crisis in spite of the Brotherhood's stated position.

"Al-Azhar is determined to carry out its patriotic duty to find a common initiative that would end the current crisis and present it to the public," he said.

Mehanna went on to stress that Al-Azhar's efforts were not aimed at ending ongoing pro-Morsi sit-ins in Cairo and Giza.

"Dealing with the sit-ins is the responsibility of the state and not Al-Azhar, the role of which is respected by all currents," he said.