The clash at the U.N. Human Rights Council came after three policemen were killed on Monday by a bomb at a protest in Daih 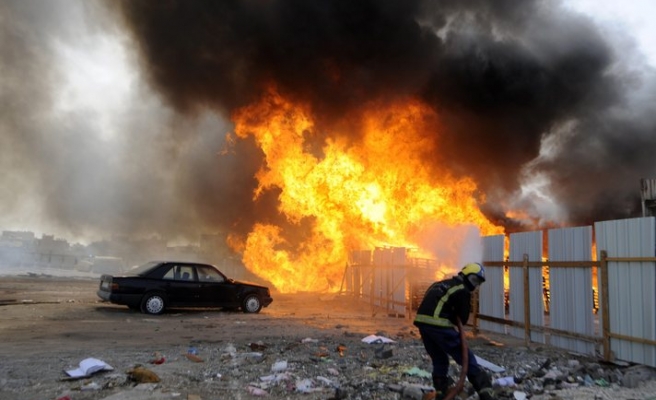 Bahrain accused Iran on Thursday of fomenting deadly violence in the kingdom, and a Tehran official accused the Sunni-ruled island state of torturing and imprisoning its critics.

The clash at the U.N. Human Rights Council came after three policemen were killed on Monday by a bomb at a protest in Daih, west of the capital Manama, during a procession of mourners for a Shi'ite Muslim who died in custody last week.

"This is terrorism. Premeditated. Pure and simple," Bahrain's Foreign Minister Sheikh Khalid Bin Ahmed al-Khalifa told the Geneva forum, adding that 11 were injured in the incident.

Bahrain blacklisted three anti-government groups as terrorist organisations on Tuesday. The attack has raised fears of more violence in the Sunni Muslim-ruled kingdom, where opposition groups led by majority Shi'ites have staged protests for three years demanding political reform and an end to perceived discrimination.

The shadowy Saraya al-Ashtar organisation has claimed responsibility for the attack in a message on social media.

Iran denies having links to Bahrain's opposition but does champion its cause.

"The violence we see in Bahrain is directly supported by elements of the Islamic Republic of Iran," Khalifa said.

"Governments have repeatedly assessed Iran's active involvement in: indirect training of violent actors in Bahrain through proxy groups based outside Bahrain; emergence of insurgent groups directly linked to the Al Quds Force, a special unit of Iran's Revolutionary Guard; arrests across the GCC (Gulf Cooperation Council) of individuals being directed by Iranian operatives; and seizures of large amounts of deadly weaponry," he said.

Khalifa called on Iran to "respect the principles of non-intervention, peaceful coexistence and good neighbourliness enshrined in the U.N. Charter".

Bahrain had always sought friendship with the Islamic Republic and continues to act in good faith, he said. "But we will not tolerate any foreign actor to compromise our security and stability."

"It is unfortunate that the Bahraini government is misusing this august body to make unfounded allegations against others, rather than providing necessary information on the improvement of the situation of human rights in his country," he said.