The passports of the 72 nationals were revoked after Bahrain's cabinet had approved the move to protect Bahrain's security and stability and fight "terrorist threats." 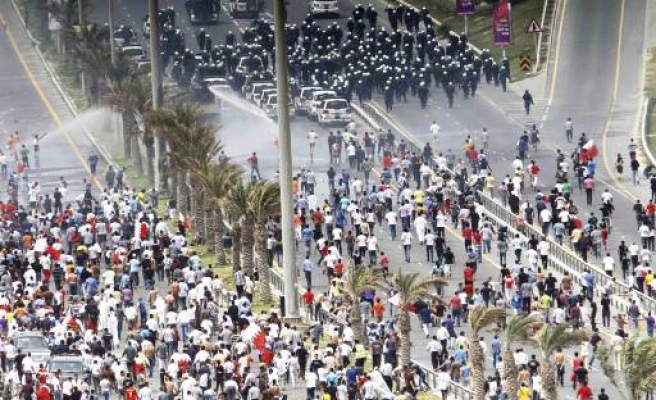 The Bahraini government has revoked the nationality of 72 citizens for damaging national security, the state news agency BNA reported on Saturday.

A list published on the agency's website included names of well-known Sunni and Shi'ite Muslim families, suggesting the move did not focus solely on the protracted unrest by Bahrain's Shi'ite Muslim majority.

The move aimed "to preserve security and stability and to confront terrorist dangers and challenges, given that some citizens are acting to undermine the interests of the kingdom," the state news bulletin said.

Bahrain's Sunni monarchy has repeatedly revoked the nationality of citizens deemed a security threat -- a policy condemned by rights groups -- but the decision announced on Saturday was the largest of its kind.

A few dozen citizenship revocations in recent years have targeted both activists abroad and in Bahrain, who were subsequently permitted to leave.

"The ruler of Bahrain revoked my citizenship today without a court, any charges or clear evidence of why," United Kingdom-based Bahraini blogger and activist Ali Abdulemam wrote on Twitter.

"I (believed) in this generation and what they can do, I saw them facing the tanks, compared to that, my citizenship revoked is nothing," he added.

The ruling Al Khalifa family used martial law and help from Gulf neighbours to put down a Shi'ite-led uprising against alleged discrimination in 2011, but unrest has simmered. Shi'ite protesters and police clash often.

Sheikh Ali Salman, head of the Shi'ite Muslim al-Wefaq Islamic Society, was arrested on Dec. 28 after leading a protest rally against elections in November which his party boycotted.

Demonstrations have increasingly given way to bomb attacks on the security forces. At least two people were killed in two separate attacks last month.

Bahrain, where the U.S. Fifth Fleet is based as a bulwark against Iran, accuses Tehran of encouraging the unrest and has promised a tough response as talks with the opposition have stalled. Iran has denied meddling in Bahrain's affairs.

The country is also a partner of the United States, along with other Arab monarchies, in an air war against the radical Sunni Islamic State group which controls parts of Syria and Iraq.

Gulf countries have been keen to root out sympathisers of the militant group from among their citizens and bar them from travelling to the war zone or carry out attacks at home, although it was not immediately clear if Sunday's move related to those efforts.