Maryam al-Khawaja is the daughter of Shi'ite Muslim activist Abdulhadi Abdulla Hubail al-Khawaja, who has been detained in the Sunni monarchy since 2011 and is on hunger strike. 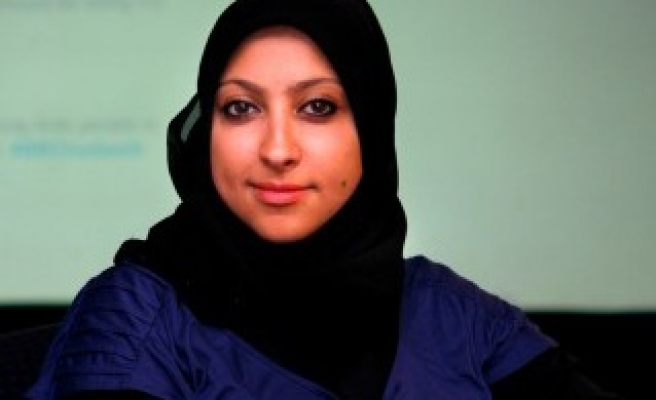 Maryam is the daughter of Shi'ite Muslim activist Abdulhadi Abdulla Hubail al-Khawaja, who has been detained in the Sunni monarchy since 2011 and is on hunger strike.

"Maryam told me that she will be transferred to the court tomorrow," her mother, Khadija al-Musawi, told Reuters, adding that her daughter, who holds dual Bahraini and Danish citizenship, was coming back from Denmark.

Charges against al-Khawaja include insulting Bahrain's king, and assaulting a policewoman at the airport, her mother said.

Bahraini authorities were not immediately available to comment but state news agency BNA cited chief prosecutor of al-Muharraq province, Abdullah al-Dossary, as saying that the public prosecution had begun an investigation into a complaint by Bahrain airport's police.

The complaint said that an "accused woman" had been detained at the airport based on a previously issued arrest warrant. It said that the accused had assaulted a lieutenant and a policewoman after she refused to hand over her phone during a search. The report did not name Khawaja.

Dossary was cited as saying that the accused was charged with assaulting a public employee while carrying out his official duty and would be detained for seven days pending an investigation.

Bahrain, a base for the U.S. Navy's Fifth Fleet, has been in turmoil since protests led by Shi'ite Muslims erupted in 2011 after similar unrest in Egypt and Tunisia.

Shi'ites, who make up the majority of Bahrain's population, complain of political and economic marginalisation, an accusation the government denies. Talks between the government and opposition have failed defuse the political tensions.

Under criticism from human rights groups, the government invited an independent inquiry to examine its handling of the trouble in 2011. Its report said the authorities had used widespread and excessive force, including torture to extract confessions.

The Bahraini government says it has taken steps to address the problems by dismissing those responsible and introducing cameras at police stations.

Maryam Al-Khwaja is a peaceful human rights activist whose objective is to facilitate peaceful democratic reforms in her country. Millions of Arabs revolted and will continue to revolt against their repressive regimes which deny them basic political and social rights. Detaining her as she arrives in her country is not only counterproductive, but will mobilize supporters in and outside of Bahrain to insure her safety, freedom and support her peaceful and just causes. Bahrain will be better off to