Investigators said more than 80 other detainees were also refusing food. 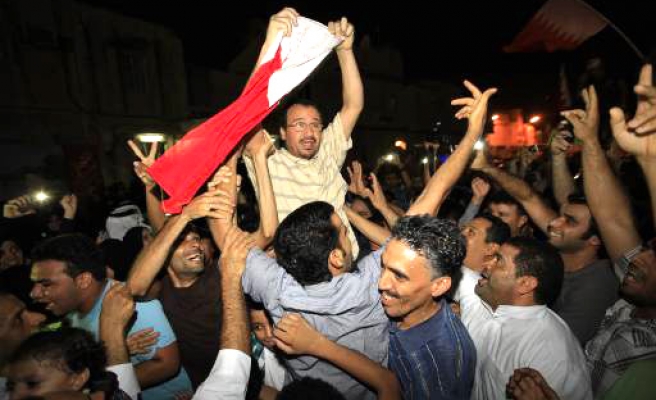 Bahrain on Wednesday released a group of doctors who had held a hunger strike to protest against their arrest during a government crackdown on protests, but investigators said more than 80 other detainees were also refusing food.

The hunger-striking doctors were among dozens of medical staff rounded up in March when the Gulf state's rulers crushed pro-democracy protests. The arrests of doctors attracted international concern.

Many were released earlier but 14 doctors had still been in detention.

State media said a military court had released them until Sept. 29, when it will issue verdicts in some of the cases. It was not immediately clear if all 14 were released on Wednesday, or whether other detainees were also released with them.

A commission set up by Bahrain to investigate the unrest and the crackdown said it had invited an expert to look into the condition of detainees, including dozens of others who are refusing food.

"The expert will visit the 84 prisoners on hunger strike in Dry Docks prison as well as the 17 detainees hospitalised by the Ministry of Interior for their refusal to eat and the deterioration in their general condition," the Bahrain Independent Commission of Inquiry said in a statement.

The Bahrain Center for Human Rights later said in a statement: "The military court today decided to release the ... medical staff in detention who were on their ninth day of hunger strike. There is still concern for them as the charges have not been dropped."

The doctors and medical staff, most of them Shi'ite, face charges ranging from stealing medicine and stockpiling weapons to seizing control of the country's main public hospital -- accusations they deny.

Bahrain's rulers have sought to address international criticism of their handling of the unrest by holding a national dialogue and inviting the commission of international lawyers to investigate the events.

Critics say the government-funded commission cannot give an accurate account of the unrest and crackdown as witnesses fear reprisals if they give testimony incriminating the security forces.