The Wefaq opposition vacated 18 of the 20 seats in parliament and was boycotting Saturday's vote to fill them. 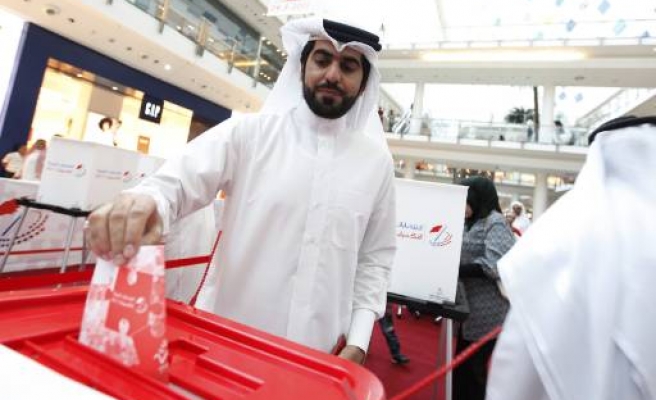 Bahrainis voted on Saturday to fill parliamentary seats that were vacated by opposition members unhappy over government efforts to address the grievances of Shi'ite Muslims in the Sunni-ruled monarchy.

Shi'ites, who form the majority community in the Gulf state, took to the streets in February to demand more representation and access to jobs and benefits.

At least 30 people were killed, hundreds wounded and more than 1,000 detained in a crackdown on the protesters in which troops were brought in from Saudi Arabia and the United Arab Emirates.

The Wefaq opposition vacated 18 of the 20 seats in parliament and was boycotting Saturday's vote to fill them, saying that subsequent government efforts at reconciliation have not addressed the Shi'ites' grievances.

Jalil al-Alli, one of two candidates running for a seat in the Shi'ite town of Saar, said the boycott would not help address the problems.

"I felt that running would be in the interests of the people," Alli said. "We need to monitor ministers and tackle issues like unemployment."

Four candidates out of the 18 were uncontested, so the vote will be for 14 seats.

Voters trickled in to Saar voting station, a school, where several election officers were sitting quietly.

Graffiti had been painted over and posters of King Hamad bin Isa al-Khalifa and banners encouraging people to vote, with slogans such as 'With your vote we complete the picture', adorned the walls.

A short distance away, uncovered graffiti had more provocative slogans -- 'Down with Hamad' and 'The people want to bring down the regime'.

Since the height of the unrest the government has struggled to restore its image as a business-friendly Gulf hub, launching a national dialogue in July to discuss reforms.

The Wefaq opposition also pulled out of that forum, calling it a charade after the opposition bloc was accorded only 35 seats out of 300 at the table.

Based on the talks, King Hamad agreed to expand the elected lower house's powers of scrutiny. But the appointed upper council, the Shura, was left untouched.