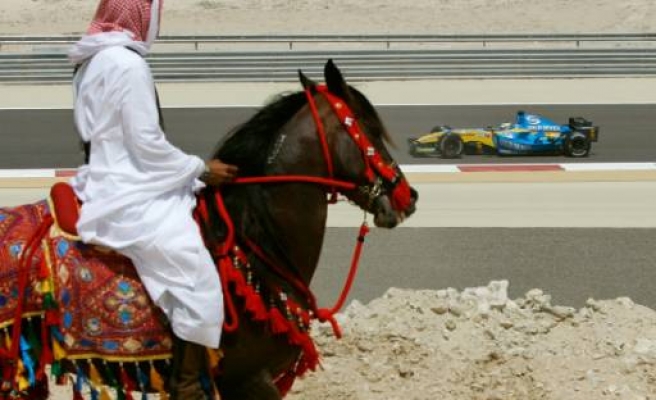 Five people, including a woman who used a pillow to pretend she was pregnant, were sentenced to five years in jail on Tuesday for plotting to disrupt the 2013 Bahrain Formula One Grand Prix by planting a bomb at the circuit, state news agency BNA said.

It said policewomen foiled the scheme when they searched the woman and found her disguise while she was on a trial run for smuggling a home-made bomb in on the day of the race in April last year.

The agency did not name the five but said they had confessed to the plot. The Bahrain Youth Society for Human Rights (BYSHR) identified the two women as activists Nafisa al-Asfoor, 31, and Rayhana al-Musawi, 38.

It said they were detained during a protest near the circuit and had complained of being tortured.

"Both women have told their families that they were tortured and abused by police during their questioning," BYSHR said.

Officials were not immediately available for comment about the allegation but authorities have said in the past that torture is not a government policy and prisons have cameras installed to record questioning sessions. Bahrain also says its judiciary is independent.

The protests were quelled by the authorities but since then more radical Shi'ites have carried out low-level violence against security forces on an almost daily basis. Recent months have seen a rise in the use of home-made bombs.

The government sees the annual Bahrain Grand Prix as a way to raise Bahrain's international profile and attract tourists and foreign investment. The opposition uses this event to stage protests and put the spotlight on their demands.

In 2011, when the unrest first broke out as part of the Arab Spring uprisings, the race had to be cancelled. But the event has gone ahead each year since then.