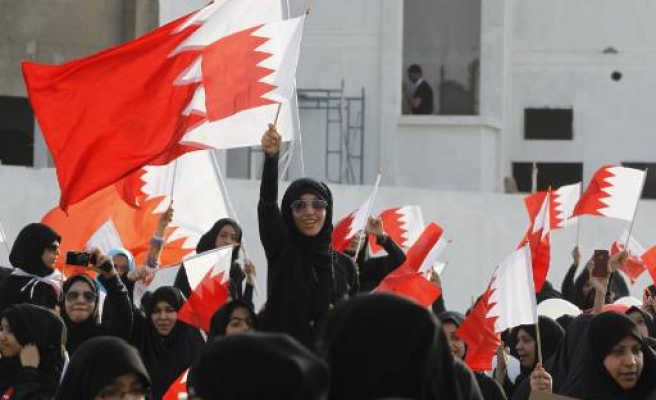 Bahrain's king approved parliamentary reforms on Thursday after the suppression of pro-democracy protests, granting more powers of scrutiny for the elected lower house but preserving the dominance of an upper house appointed by the royal elite.

King Hamad bin Isa was addressing a state-appointed body called the National Dialogue, set up to address popular grievances after martial law was rescinded in May, after it presented its final proposals on reforms.

They fell far short of what opposition groups and protesters demanded in February and March, when the unrest was crushed.

"We have ordered the executive and legislative authorities to take the necessary measures to approve the agreements," the king said in a speech shown on state television.

He also ordered a pay rise for civilian and military government employees -- a move reminiscent of Saudi Arabia's move earlier this year disbursing huge handouts to key sectors of society in a bid to prevent a popular revolt like those that have shaken other authoritarian Arab states this year.

Bahrain's rulers called in troops from Saudi Arabia and other Gulf states in March to help quell protests dominated by the majority Shi'ite community. The government said the unrest was sectarian and backed by Iran. Bahraini Shi'ites denied this.

A summary of the National Dialogue's proposals published on Thursday include a greater degree of oversight of government by the elected lower house but the key dispute over balance of power between different parliamentary chambers was not resolved.

"They did not agree on whether the Shura Council (upper house) should be granted the same powers as the parliament, and whether the responsibility for lawmaking and oversight should be restricted to the elected chamber," the summary sent to Reuters by the National Dialogue body said.

"Delegates did not reach consensus on a number of further suggestions, such as limiting the term for ministers and head of government or a fixed quota for women in parliament."

The appointed upper house has just as many seats as the elected lower house and dominates the legislative process.

Wefaq spokesman Khalil al-Marzouq said the final proposals vindicated his group's decision to boycott. It did not attend the ceremony with the king.

"The reason we pulled out is because of this. The upper house should only be there for consultation," he said, attacking state media fanfare over reforms which he said left a large swath of Bahrainis cold.

Bahrain has tried to address international criticism of a harsh security crackdown that followed the breakup of the protests involving detention, military trials, sackings and some deaths in custody.

"Participants recognised the importance of resolving the issues surrounding redundancies during the recent unrest," the summary said. "They recommended looking at international best practices in finding solutions to overcome sectarian divides and support the healing process after the recent crisis."

The summary said the prime minister, appointed by King Hamad bin Isa, would have to secure the approval of parliament for members of his government.

Prime Minister Sheikh Khalifa bin Salman, in his post for 40 years, is regarded as a leading hawk within the ruling family who opposes concessions to the opposition.

"These reforms guarantee that the government's composition and work plan will reflect the will of the people."

It also said cabinet ministers would have to attend some parliament sessions and face questioning in the open chamber rather than within the framework of committees.

"Overall, these decisions reinforce the parliament's powers of scrutiny over the activities of the government," it said.

There was no agreement on allowing opposition groups to call themselves political parties. The term "party" is seen by the authorities as the terminology of a system in which elected groups can form governments.