An al-Wefaq spokesman said the group had no details about the case. 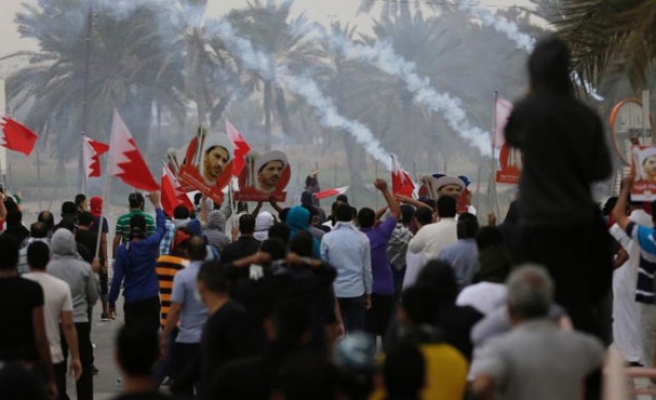 Bahrain has opened a criminal investigation of the country's main opposition group, the Interior Ministry said on Tuesday, accusing the al-Wefaq group of trying to undermine national security.

Bahrain, a Western-allied kingdom and the base for the U.S. Fifth Fleet, has been gripped by tension since security forces quelled protests by Shi'ite Muslims in 2011. The Shi'ites, who form a majority in the country, are demanding reforms and a better share in government.

The Interior Ministry said on its website that its General Directorate of Anti-corruption and Economic and Electronic Security had referred al-Wefaq to the public prosecutor after it documented violations that represent "criminal offences" under Bahraini laws.

It said these violations, published on al-Wefaq's Twitter account and on its website, included "incitement to hatred against the ruling system and circulating false news to undermine civil peace and national security."

An al-Wefaq spokesman said the group had no details about the case.

"No one has been contacted or notified about a case against the society," Sayed Taher al-Mousawi, head of al-Wefaq's media department, told.

A rights activist said the move was motivated by political considerations.

"We do not believe at all that such actions have any basis rather than political grounds," said Nader al-Salatna, acting president of Bahrain Youth Society, a local rights group.

Bahrain has stepped up a crackdown on al-Wefaq after the group and other, smaller opposition parties boycotted elections held in November and organised street protests to show their opposition to the poll.

Last month, al-Wefaq's head, Sheikh Ali Salman, regarded as the country's senior opposition leader, went on trial on charges of promoting the violent overthrow of the political system. The case has riled his followers and heightened unrest in the Sunni-ruled Gulf Arab state.

Earlier this week, an appeals court upheld a six-month prison sentence against Jameel Kadhim, a former parliament member and president of al-Wefaq's consultative council. He was charged with making false allegations that undermined national elections.

Al-Wefaq says it is seeking political reforms through peaceful means, including having governments chosen from within an elected parliament. The government says it has implemented wide reforms, including giving parliament powers to oversee government work.