The kingdom is now hosting a delegation of international law experts to investigate the protests and their aftermath. 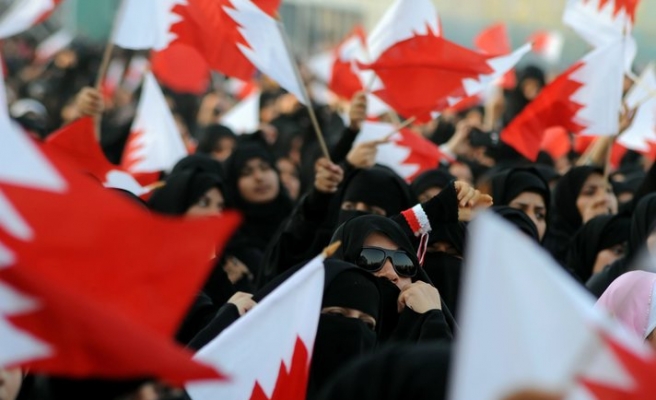 Bahrain's largest Shi'ite opposition group said on Friday it would boycott parliamentary elections to fill seats vacated when its deputies resigned over the kingdom's crackdown on anti-government protests.

The move follows a "National Dialogue" that the monarchy -- which hosts the U.S. Navy's Fifth Fleet -- organised to defuse tension after the crackdown, in which thousands were detained and allegations of torture were rampant.

The opposition bloc, Wefaq, pulled out of the dialogue as well, which led to the king expanding the powers of the elected parliament last month while reserving the broader power of an upper chamber that his court selects.

"We decided to boycott because we are no longer convinced of the authority of this parliament," said Khalil al-Marzouq of Wefaq, whose 18 deputies resigned in February. "It no longer had any popular legitimacy."

The elections are scheduled for September 24.

Wefaq's MPs quit as Bahrain moved to quash the protests, which were led by its Shi'ite majority and called for broader political liberties and an end to sectarian discrimination. A few Shi'ite groups sought to abolish the monarchy.

The kingdom is now hosting a delegation of international law experts to investigate the protests and their aftermath. Two former Wefaq MPs detained following the protests were released last week, as part of a group of 137 detainees set free. Some of those released may still face prosecution.