The vote follows waves of unrest since 2011, when security forces in the Sunni-ruled Gulf state crushed protests led by its Shiite majority demanding a constitutional monarchy and an elected prime minister. 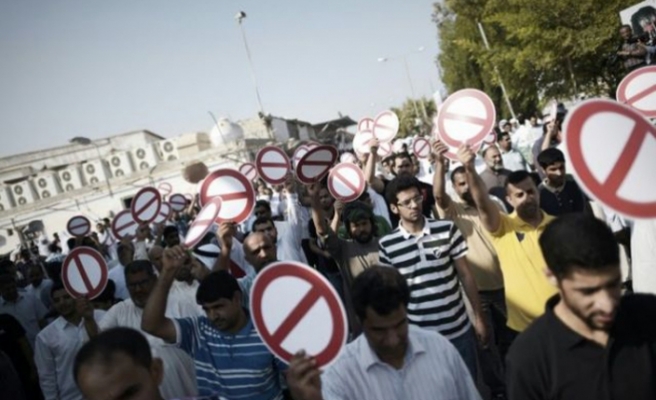 Bahrain's main opposition group called Tuesday for a boycott of November parliamentary elections after its members were banned from running. Authorities have imprisoned hundreds of dissidents, stripped many of their nationality and outlawed opposition movements including Al-Wefaq, the main movement representing the kingdom's Shiite majority.

"We call on all our people from different classes and affiliations to take an inclusive national stance to boycott and refuse to participate in the election," Al-Wefaq said in a statement after a London press conference.

A law issued in June bars "leaders and members of political associations dissolved for violating the kingdom's constitution or its laws" from standing in parliamentary elections.

Opposition parties boycotted the last elections in 2014 -- the first since the 2011 crackdown -- and denounced the vote as a "farce".

Bahrain's lower house has the authority to examine and pass legislation proposed by the king or cabinet, but its decisions can be blocked by an upper chamber appointed by the king.

The tiny Gulf island, a key ally of the United States and home to the US Fifth Fleet, accuses Shiite Iran of provoking unrest in the kingdom.