Bahrain opposition no. 2 held for 30 days 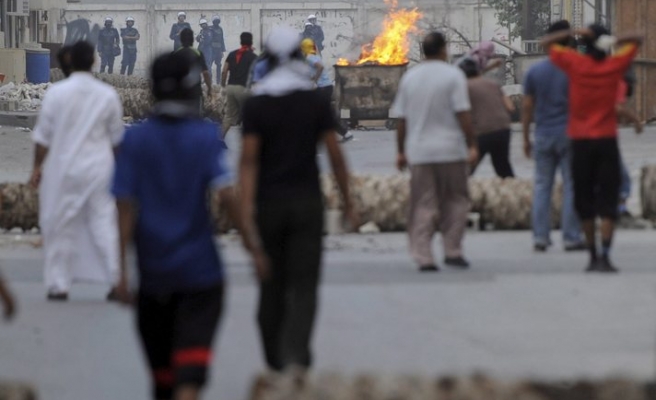 The deputy leader of Bahrain's largest opposition party will be held for 30 days while being investigated for inciting "terrorism" in a series of speeches, the public prosecutor of the Gulf Arab kingdom said.

The detention of Khalil al-Marzouq on Tuesday angered his Al Wefaq party, an Islamist group which says it advocates non-violent methods, and could complicate faltering efforts to end 2-1/2 years of political deadlock on the strategically vital island.

In a statement, Bahrain's Head of Public Prosecution, Nayef Yousfi, said police investigations showed Marzouq had spoken at many forums promoting 'terrorism', the most recent of which was a speech at Saar district west of the capital Manama on Sept. 6.

At that event he raised the flag of the opposition group, the February 14 Coalition, Yousfi said. He described the group, a network of activists that uses social media to organise anti-government protests, as a "terrorist" organisation.

Yousfi said Marzouq was interrogated in the presence of his lawyer and subsequently "charged under the Law for Protecting the Community from Terrorist Acts, with inciting and advocating terrorism, and using his leadership position in a legally organized political society to incite crimes."

Persistent unrest since February 2011, when an uprising led by the Shi'ite majority demanded the Sunni al-Khalifa dynasty give up power, has placed Bahrain on the front line of a struggle for regional influence between Shi'ite Iran and Sunni Saudi Arabia.

The tiny kingdom - only about a quarter the size of Luxembourg - hosts the U.S. Navy's Fifth Fleet and is seen in the West as a key regional ally. The government has accused Iran of fomenting unrest in Bahrain, a charge Tehran denies.

Al Wefaq demands a constitutional monarchy with a government chosen from within a democratically elected parliament.

There was no immediate reaction from the party to the charges against Marzouq. Earlier, reacting to reports that police had taken him to the public prosecution office, it said: "Such practices will only result in more anger and persistence to achieve democratic transition and build a state of justice and democracy."

Al Wefaq said in a statement the measure was part of a government project to "wipe out" political action.