Sheikh Ali Salman, secretary-general of al Wefaq and his political assistant Khalil al-Marzooq, were summoned by Bahraini authorities after a meeting they had with the U.S.diplomat 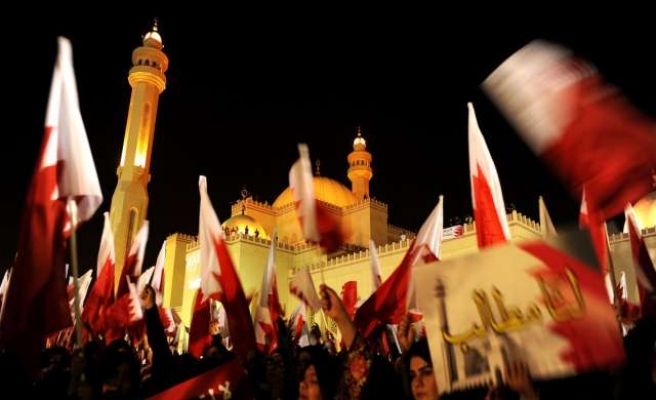 Bahrain interrogated its top opposition leader on Wednesday after expelling a senior U.S. diplomat for meeting him, a remarkable slap at Washington from an ally that hosts the U.S. Navy's Middle East fleet.

U.S. Assistant Secretary of State for Democracy, Human Rights and Labor Tom Malinowski left Bahrain late on Tuesday, the U.S. Embassy said, after the foreign ministry ordered him out because he had "intervened flagrantly" in the country's internal affairs by "holding meetings with one party".

Bahrain's opposition al-Wefaq group said late on Wednesday that its leader Sheikh Ali Salman had been summoned to meet the public prosecutor on Thursday.

The dispute exposes the sensitivity of Washington's relationship with one of its main regional allies. Bahrain hosts the headquarters of the U.S. Fifth Fleet responsible for all U.S. sea power in the region, but has bristled at American criticism over its human rights record since suppressing a popular uprising in 2011.

Psaki reiterated that the United States believes Bahrain's actions were "inappropriate and contravening international diplomatic norms and conventions," but added that "we also have an important relationship with the government of Bahrain."

The Gulf island kingdom is ruled by a Sunni Muslim royal family, but the majority of its population are Shi'ites, whose political leaders have demanded democratic reforms.

The authorities, backed by troops sent from Saudi Arabia, put down demonstrations during the "Arab Spring" revolts that swept the region three years ago, and low level violence is still common.

Malinowski attended a Ramadan evening meeting of opposition group al-Wefaq on Sunday and met with its leader Ali Salman and an aide again at the U.S. embassy on Monday.

Salman was summoned by the Interior Ministry and interrogated at the Criminal Investigations Department on Wednesday morning. He told Reuters he was questioned for about half an hour. His lawyers were not allowed to be present but were permitted to observe from another room.

"The subject of the interrogation was ... about the content of the (embassy) meeting and what was discussed at it," he told Reuters from Manama. "The answer was that it was a normal meeting and that they (Americans) heard our point of view of the political and human rights situation in Bahrain, based on the request of the U.S. Assistant Secretary."

He said he was asked whether Wefaq had made specific requests of the Americans and replied that they had not. Wefaq said Salman had been summoned to meet the public prosecutor on Thursday to discuss his meeting with Malinowski.

The Interior Ministry said Salman and the aide had been summoned for interrogation because they violated a law about "the rules of communication between political societies with foreign political organisations or parties". It appears to have been the first time that the law, a new measure barring diplomatic meetings with politicians, had been applied.

The State Department's Psaki has said Malinowski's visit had been coordinated with the authorities in advance, and the Bahrain government was "well aware" visiting U.S. officials typically meet different political groups. She said Bahrain had asked to have an official present at all Malinowski's meetings, which she described as a violation of traditional protocol.

The tough response to Wefaq's meeting with the Americans suggests some jostling within the ruling Al Khalifa family pitting hardliners against reformers, said Simon Henderson, director of the Gulf and Energy Policy Program at the Washington Institute for Near East Policy.

"Inside the royal family, Crown Prince Salman and Foreign Minister Sheikh Khalid bin Ahmed al-Khalifa are perceived as supporting reform, though Salman is countered by influential relatives in the military and security services who have pressed the king not to make any concessions to Shi'ites," he wrote in an online commentary.

The Bahrain government says it is committed to finding a political settlement with opposition groups.

Justin Gengler, a Bahrain expert at Qatar University, said Bahraini authorities may have also been pushed to take a harder line by the worsening warfare between Sunnis and Shi'ites unfolding now in Iraq and Syria, which they fear could spread.

"Given the state of Iraq and Syria right now, Bahrain could hardly have felt that the outside involvement of the U.S. in what is another instance of sectarian political conflict was likely to have helped matters," said Gengler.

An opposition source who was present at the Ramadan meeting attended by Malinowski said the mood there was "jubilant" and the talks "candid". He also said the opposition saw the government's heavy-handed response as a boon.

"It seems the hardliners have mishandled the case, given the reaction of the State Department. I think the opposition has won in this episode via rekindling international attention on events in Bahrain. This was a gift sent by God for the opposition."