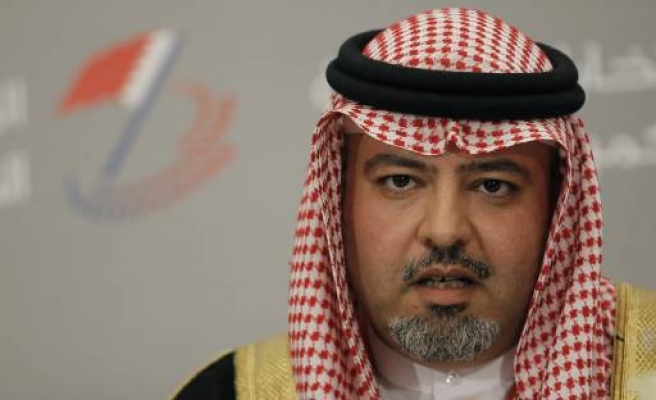 Bahrain's government is prepared to hold more talks with the Shi'ite opposition on political reforms to try to end protests that threaten to hold up the economy, a government official said on Thursday.

"Everything is open for discussion except regime change. That doesn't mean it has to be discussed today (but) the king said reforms are not going to stop," he said. "Other issues can be brought to the table -- when and how, I'm not sure."

Bahrain says it will expand parliament's powers of monitoring government ministers, recommendations that came from a national dialogue held after the U.S. ally crushed pro-democracy protests earlier this year.

But Shi'ite opposition groups, headed by the Wefaq party, want the elected chamber to have real legislative power as well as a new prime minister. The current incumbent, an uncle of the king, has occupied the post since 1971.

Activists among the majority Shi'ite population are staging regular protests which the security forces try to supress. They are usually inside Shi'ite villages but last week extended to a shopping mall and a traffic jam protest.

Sheikh Abdul-Aziz said the economy was being hit by the strife but praised Wefaq for calling for restraint.

"There is no doubt we have been affected and we have to get over that," he said, adding the Gulf Cooperation Council had begun disbursing funds promised to Bahrain and Oman earlier this year to help contain street protests.

Wefaq boycotted by-elections for parliament seats it vacated last February after security forces killed some protesters when they occupied a central roundabout in Manama.

A Western diplomat said Wefaq's absence from parliament would make it difficult to push for more reforms. He said some Shi'ites had been radicalised by the crackdown under martial law brought in for two months to crush the uprising and this put grassroots pressure on Wefaq to take a tough line.

Analysts say hardliners in government and in the Sunni community do not want to see more concessions.

Shi'ites also want jobs given back to many who were fired for taking part in the February-March unrest.