The eight facing imprisonment include rights activist Abdulhadi al-Khawaja and opposition leaders, such as Hassan Mushaimaa, who campaigned to turn Bahrain into a republic. 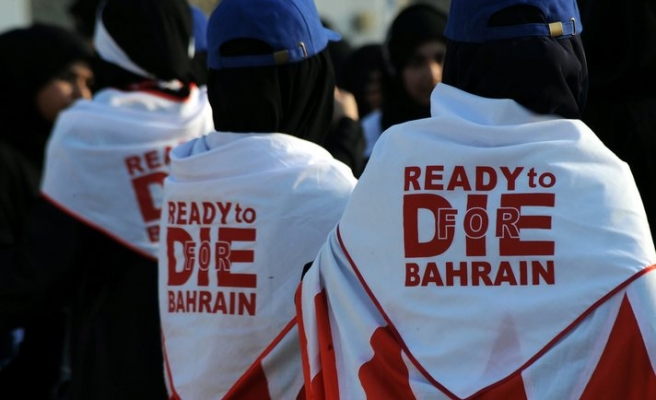 The national security appeals court, set up during a period of martial law that ended in May, sentenced eight of 21 men on trial to life in prison in June. One of those sentenced to life was tried in absentia because he lives abroad.

The eight facing imprisonment include rights activist Abdulhadi al-Khawaja and opposition leaders, such as Hassan Mushaimaa, who campaigned to turn Bahrain into a republic.

The 21 men include the leader of the secular Waad party, Ibrahim Sharif, a Sunni Muslim whose five-year sentence was also upheld.

Riot police and youths from the island state's Shi'ite majority clash almost daily at protests calling for democratic reform in the villages outside the capital of Manama.

The news agency said the men could still appeal the verdicts in a civilian court. They could be released via an amnesty from King Hamad bin Isa.

Families of the men say they have been tortured. Bahrain has set up a commission of international legal experts to investigate allegations of abuse during martial law which is due to announce its findings next month.

Opposition activists and many ordinary Bahrainis occupied a roundabout in the capital in Manama in February to demand democratic reforms.

Home to the U.S. Fifth Fleet, Bahrain crushed the protests in March after talks on political reform stalled, saying the demonstrators had Shi'ite sectarian aims and Iranian backing.

Saudi Arabia, fearing it would lose a Gulf ally to Iran, also sent in troops.

Shi'ites want political reforms that would give parliament legislative clout and remove a prime minister from the ruling Al Khalifa family who has occupied the post since 1971.

They also want jobs given back to many who were dismissed for taking part in the protests.

The government, which has been pressed by its ally Washington to talk to leading opposition party Wefaq, says it will allow parliament more powers to monitor cabinet ministers and that the ongoing clashes are holding up economic recovery.

No Wefaq figures are among the 21 convicted.