The discontent has worsened since the arrest on Dec. 28 of Sheikh Ali Salman, a Shi'ite Muslim cleric who heads the al-Wefaq Islamic Society 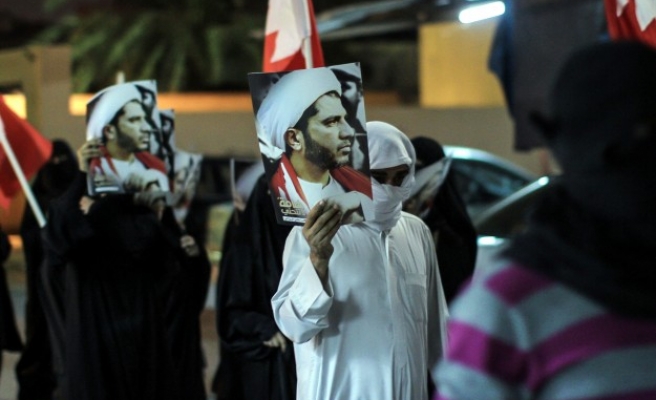 Dozens of Bahraini protesters on Friday clashed with security forces who fired bird shot and tear gas to disperse them during an anti-government rally over the detention of an opposition leader, a Reuters witness said.

Western-allied Bahrain has seen outbreaks of sectarian tension since security forces quelled 'Arab Spring' protests in 2011. Bahrain's majority Shi'ite Muslims have demanded reforms and a bigger share in government in the Sunni-ruled kingdom, where the U.S. Fifth Fleet is based.

The discontent has worsened since the arrest on Dec. 28 of Sheikh Ali Salman, a Shi'ite Muslim cleric who heads the al-Wefaq Islamic Society, after he led a protest against last November's election, boycotted by the opposition.

The witness said protest marches by about two hundred men and women in the mainly Shi'ite village of Sitra, south of the capital Manama, turned violent, with dozens of young men throwing petrol bombs at security forces who fired bird shot and tear gas back.

Al-Wefaq said at least five protesters were injured. It sent to journalists photos of one person with bird shot injuries to his back and another with blood-stains on his head.

The Interior Ministry said it was checking the reports.

The public prosecutor accuses Sheikh Salman of several offences, including inciting people to overthrow the government. Sheikh Salman was remanded in custody on Sunday for 15 days pending further investigation.

The U.S. State Department has criticised Salman's detention, saying it could further stoke tension in Bahrain.