"The battle for Kobani was a fundamental phase" 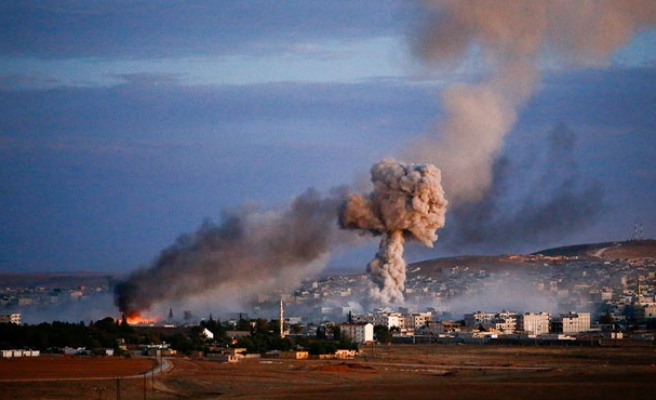 Known as Ayn al-Arab in Arabic, the mainly Kurdish town close to the Turkish border has become a focal point in the international fight against ISIS, an al Qaeda offshoot that has spread across Syria and Iraq.

There were clashes to the southeast and southwest of Kobani, the Britain-based Syrian Observatory for Human Rights said, although it added the Kurdish People's Protection Units (YPG) had managed to recapture a village outside the town.

The YPG said in a statement late on Monday that Kobani has been "completely liberated" from ISIS, which it referred to using the pejorative Arabic acronym "Daesh".

"The defeat of Daesh in Kobani will be the beginning of the end for the group," a statement on its website said.

"The battle for Kobani was a fundamental phase, Daesh's defeat in Kobani will not only be confined to Kobani's borders."

ISIS still has fighters in hundreds of nearby villages and on Monday the Pentagon said the fight for the town was not yet over. ISIS supporters denied the group had been pushed out.

The militant group launched an assault on Kobani last year using heavy weapons seized in Iraq and forcing tens of thousands of locals over the border into Turkey. U.S.-led air strikes and Iraqi Kurdish peshmerga fighters have backed up the YPG, which called for international help during the siege.

Turkish President Tayyip Erdogan reiterated his criticism of the international response to Kobani, saying that the besieged Syrian city of Aleppo should have been in focus instead. He also said Turkey had borne the burden of housing refugees who now had nowhere to live back in their country.

"When it is about Kobani, the whole world stands up and cooperates. Those who flee Kobani come to us, 200,000 people," he said. Turkey is hosting around 1.5 million refugees from across Syria.

"We tell them about Aleppo, nobody listens. 1.2 million people live there, there is economy, history and culture, why aren't you interested?" he added.

Ankara was wary of support for the Syrian Kurds because of their links to the separatist PKK in Turkey which has launched attacks against the state.

The Kobani crisis also risked derailing Turkey's fragile peace process with their own Kurdish population, which has accused Ankara of failing to protect their ethnic kin.

Echoing Western-backed Syrian rebel groups, Turkey has been pushing for the U.S.-led forces to strike the Syrian military as well as Islamic State, arguing there can be no peace if President Bashar al-Assad remains in power.