‘The people want the regime overthrown!’, protesters chant in throwback to ‘Arab Spring’ uprisings of 2011 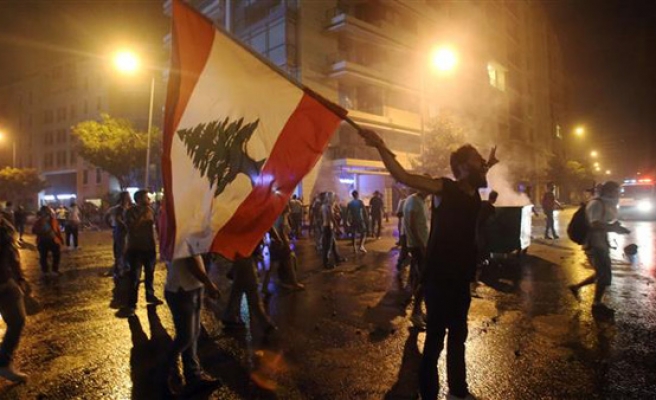 The demonstration led to clashes with security forces, after which protesters converged on Riad al-Solh Square in large numbers.

In a throwback to the 2011 “Arab Spring” uprisings, which ended Egypt’s Mubarak regime and Tunisia’s Bin Ali regime, demonstrators chanted, “The people want the regime overthrown!”

Several protesters were seriously injured after police used batons, teargas, water cannons and live ammunition in an attempt to disperse the demonstrations.

Many demonstrators held Interior Minister Nihad al-Machnouk and Prime Minister Tammam Salam responsible for what they described as “suppressing” the protests.

Thousands of demonstrators took part in the protests, including a number of Lebanese artists and media personalities.

The protests were spearheaded by the "You Stink" campaign, which blames Beirut’s weeks-long sanitation crisis on alleged government corruption.

Activists on social media, meanwhile, described the demonstration – which was not affiliated with any particular political party – as “historic”, while many said they planned to remain in the square indefinitely.

The capital’s ongoing sanitation crisis recently entered its second month in the absence of any concrete solutions on the part of government officials.