The move appeared to smooth the path to the presidency of Reuven Rivlin, a former speaker of parliament 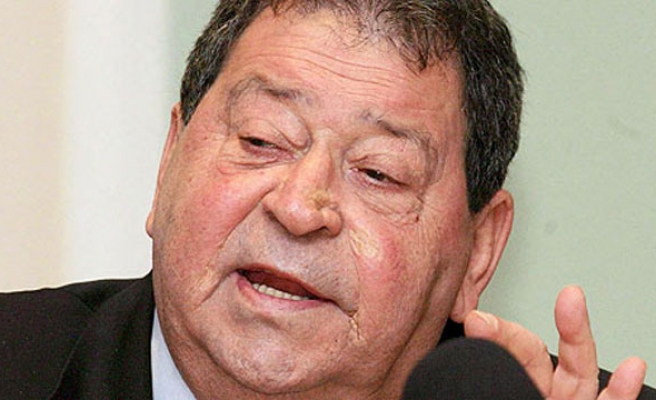 Binyamin Ben-Eliezer, one of two leading candidates to succeed Shimon Peres as Israel's next head of state, withdrew from the race on Saturday, a day after police questioned him under caution over a loan he had received.

The move appeared to smooth the path to the presidency of Reuven Rivlin, a former speaker of parliament with whom Likud Prime Minister Benjamin Netanyahu has had a rocky relationship.

Ben-Eliezer, a former general and defence minister and a veteran Labor lawmaker, denied any wrongdoing and said he had been "deliberately targeted", but declined to say who might have tried to sabotage his campaign.

"From the moment I announced my candidacy for the post, there has been an incessant, timed campaign of smears and slander whose intention was to prevent me standing for the post of president. With a heavy heart, I have decided to withdraw from the race," Ben-Eliezer said in his statement.

Legislators will elect a new president on June 10, with five candidates in the race. When announcing the date last month, speaker Yuli Edelstein said the campaign had begun with smears against several contenders.

"The post of president of Israel is important, and it is aimed at healing rifts in the nation ... This hasn't been the kind of campaign we wanted to see," Edelstein said.

Netanyahu raised eyebrows last month when he floated the idea of abolishing the presidency, but the suggestion angered lawmakers across the political spectrum and was flatly rejected by senior ministers.

Some political analysts linked the manoeuvre to the candidacy of Rivlin, who is a member of Netanyahu's Likud party but has a reputation for political independence. An opinion poll last week made him the front-runner.

A Rivlin victory in the campaign to succeed the 90-year-old Peres could make Netanyahu more vulnerable in a general election. Israeli law grants the head of state - whose duties are usually largely ceremonial - the power to choose a legislator to try to put together a government.

No one party has ever won an outright parliamentary majority in a national poll, making the president a key player in coalition-building.

In a letter to fellow legislators on Monday, Rivlin, 74, stressed "the importance of a president as a builder of bridges between parties in dispute".

Rivlin, a lawyer, was first elected to parliament in 1988 and served as communications minister between 2001 and 2003. Others standing are former finance minister Meir Sheetrit and Nobel chemistry laureate Dan Shechtman.

Peres, Israel's most respected statesman, has been president since 2007. He took over from Moshe Katsav, who was convicted of rape in 2010 and is serving a seven-year prison term.

The list of candidates is completed by Dalia Itzik, a centrist lawmaker, who as Knesset speaker was caretaker president when Katsav stepped down, and Dalia Dorner, a retired Supreme Court justice.