Sources say the aim of his assassination is to fuel strife between Sunnis and Shiites, to provoke the Amal Movement members who are present in many Beirut neighborhoods, where Sunni and Shiite families are mixed. 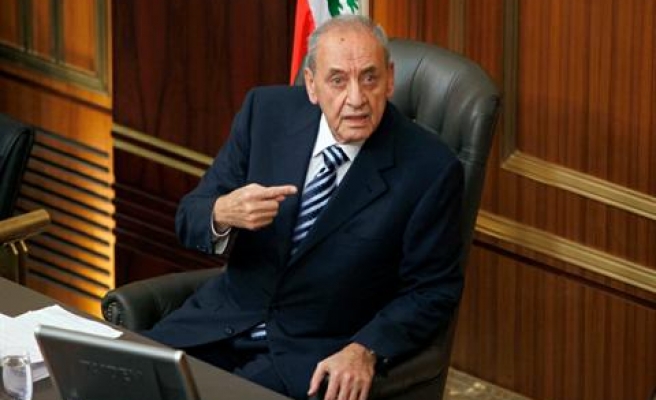 The alleged plot to assassinate Lebanon's  Speaker of the House Nabih Berri aims at destabilizing the country and inciting a Sunni-Shiite strife, Asharq al-Awsat reported on Sunday.

The speaker's security team was urged to boost security measures to safeguard Berri.

On Friday, media reports said that Lebanese national Mahmoud Abou Aalfa, who is affiliated to Abdulllah Azzam Brigades, confessed that the group was plotting to assassinate Berri, who is the head of the AMAL movement.

Aalfa had reportedly acknowledged that several people were tasked with monitoring the entrances of Ain el-Tineh and the places that Berri frequently visits.

The suspect pointed out that the scheme was to target the Speaker with a booby-trapped car by a suicide bomber or more.

Reports said that another group was also tasked with monitoring the residence of former Minister Wiam Wahab, who is head of the Arab Tawhid Party leader, Naharnet reports.

Media reports said on February 20 that the ISF Intelligence Bureau had arrested, ahead the twin blasts that targeted the Beirut suburb of Bir Hasan, Aalfa who confessed of being tasked by the Lebanese Sheikh Sirajeddine Zouraykat of the Abdulllah Azzam Brigades with monitoring al-Manar TV and the Iranian Cultural Center.

The twin suicide car bombings in Bir Hasan near the Iranian Cultural Center killed at least six people and wounded more than 100 others, the second attack in less than four months targeting Iranian interests in Lebanon.

The Abdullah Azzam Brigades claimed responsibility for the double bombing, vowing additional attacks in retaliation to Hizbullah's involvement in the Syria war.