Once deemed too dangerous for release, the repatriation of Bin Laden's bodyguard leaves behind a further 114 inmates at the infamous prison 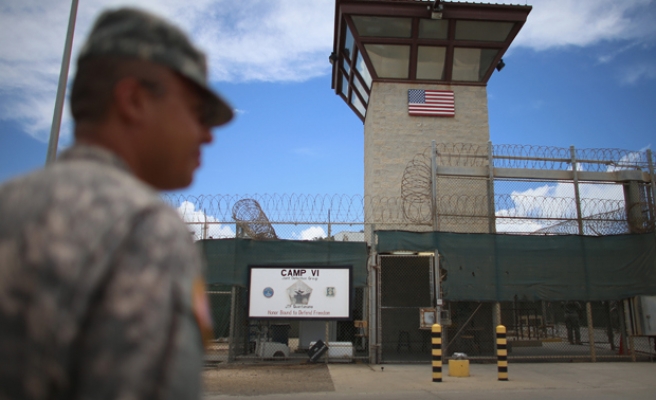 The Defense Department announced Tuesday the transfer of Abdul Shalabi from Guantanamo Bay to Saudi Arabia.

A multi-agency review of Shalabi’s case in June found that the continued “detention of Shalabi does not remain necessary to protect against a continuing significant threat to the security of the United States," Pentagon spokesman Peter Cook said in a statement.

No details were provided regarding accusations against Shalabi.

The review and transfer were part of a directive by President Barack Obama who said shortly after assuming office that he wanted to close the controversial prison.

The Guantanamo Bay prison was established in the wake of the Sept. 11, 2001, terror attacks on the United States.

With Shalabi's transfer, 114 detainees now remain at the detention center after a high of almost 800, according to the Pentagon. The U.S. transferred 17 detainees to Oman in June, three others to Qatar in April and one to Morocco last week.

Shalabi was captured in Pakistan in December 2001 and transferred to U.S. custody.