Earlier on Friday, oil had fallen as much as $3 per barrel due to concerns about weakening global economic growth and oil demand. 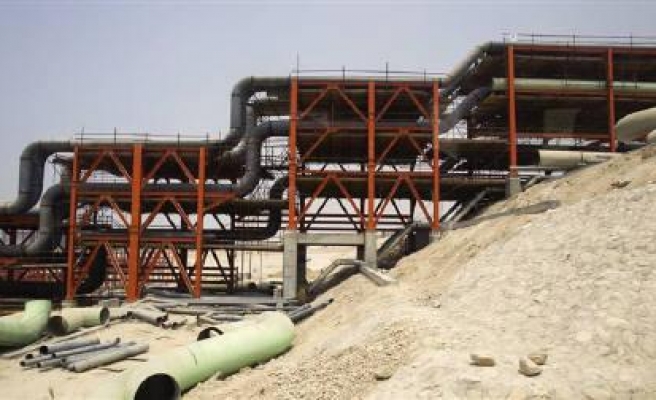 "The production of oil in the southern area is still continuing at full capacity and the oil output from the wells is being transferred to other pipelines," Hormoz Qalavand, executive director of the National Iranian South Oil Company, said.

Brent oil futures pared some of the gains following this statement but were still up $1 at above $108 a barrel at 1200 GMT as traders cited fears of terrorism in a major OPEC producer.

Earlier on Friday, oil had fallen as much as $3 per barrel due to concerns about weakening global economic growth and oil demand.

"So far it is not clear if the incident happened due to technical problems ," the semi-official Mehr agency quoted Qalavand as saying.

Khuzestan province in Iran's southwest is home to an Arab minority in the largely non-Arab country and it has occasionally been the scene of violent action by militants.

Ten people were sentenced to death in July 2006 in Ahvaz, the capital of Khuzestan, for a series of bombings, but there have been fewer reports of violence in recent years.

An Iranian oil ministry official told Reuters the oil pipeline exploded in the early hours on Friday near the city of Shush in Khuzestan, some 100 km from the Iraqi border and 250 km from the Gulf.

"It has a 40,000 barrels per day capacity. It is a very average pipeline that has a diameter of 20 inches," the oil ministry official, who declined to be named, told Reuters.

He added that an estimated 10,000 barrels of oil had been burned in the fire. The blast occurred in the desert, far from oil production facilities, the official said.

Mehr reported that the blast caused a fire over an area of 300 metres with flames 40 metres high.

"The major part of the fire has been brought under control and the rest of it will be fully extinguished within the next hour," Qalavand said on the website of the National Iranian Oil Co.