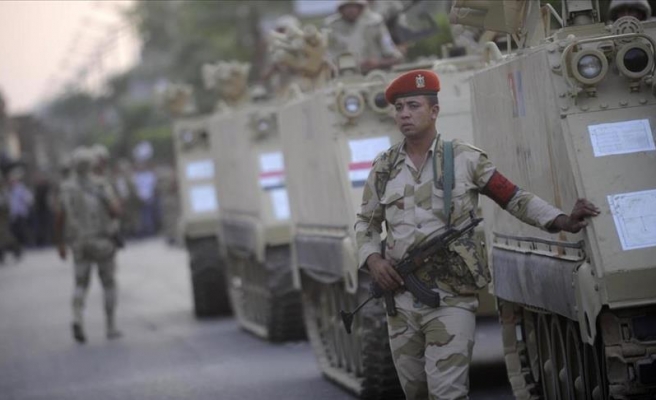 Five Egyptian soldiers were killed Saturday when their armored vehicle struck a roadside bomb in the northern Sinai Peninsula, a security source has told Anadolu Agency.

According to the source, the incident occurred south of the North Sinai city of Sheikh Zuweid.

Since Mohamed Morsi, Egypt's first freely-elected president, was ousted in a 2013 military coup, Egyptian security forces have waged a fierce campaign against Sinai-based militants amid mounting attacks on army and police personnel deployed in the restive peninsula.

The Egyptian authorities claim to be battling the "Welayat Sinai" ("Sinai Province") militant group, which is said to have sworn allegiance to ISIL.