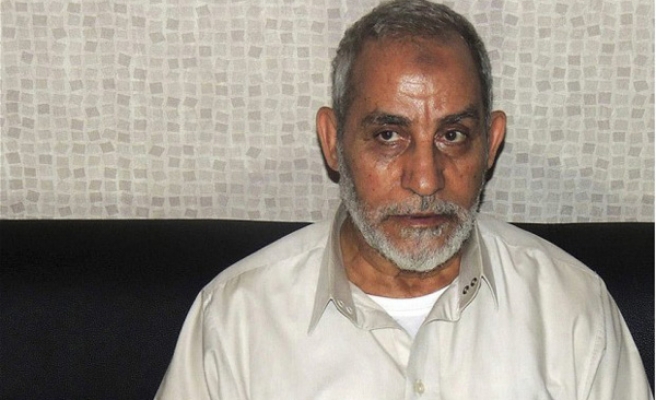 The Supreme Guide of Egypt’s Muslim Brotherhood group, Mohamed Badie, was assaulted by security forces during a recent session of a military trial, an Egyptian rights group asserted on Thursday.

In a statement posted on Facebook, the Egyptian Coordination of Rights and Freedoms (ECRF), an NGO, said security forces had assaulted Badie – along with Mohamed Beltagi, another Brotherhood leader – during a Sept. 19 session of a trial in which both men face violence charges.

According to a complaint lodged by the families of both men, a security officer had hurled a cup of water at Beltagi during the trial proceedings.

“When Badie tried to intervene, he was beaten by the officer, handcuffed, and thrown into a police vehicle,” the ECRF asserted.

A third Brotherhood leader was also beaten when he, too, attempted to intervene, the rights group alleged.

The Brotherhood, for its part, has yet to confirm the assertions.

Anadolu Agency, meanwhile, was unable to obtain an official comment on the allegation.

Since mid-2013, when Mohamed Morsi – Egypt’s first freely elected president – was ousted by the military, the Brotherhood has remained the target of a harsh crackdown by the Egyptian authorities.

The crackdown, which remains ongoing, has seen hundreds of Brotherhood members killed and tens of thousands thrown behind bars.

In the wake of Morsi’s ouster, the Brotherhood was branded a “terrorist organization” by the Egyptian government.