The Muslim Brotherhood suggestions include reinstating Morsi to his office to "implement an initiative for reform in accordance with the constitution," holding parliamentary elections and amending the constitution. 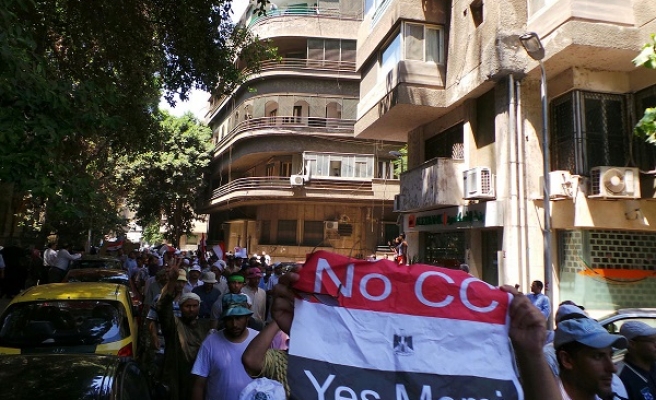 The National Salvation Front (NSF) has rejected a proposal by the Muslim Brotherhood to reinstate ousted President Mohamed Morsi to implement reforms as a way to solve the current political crisis in Egypt.

The MB has suggested reinstating Morsi to his office to "implement an initiative for reform in accordance with the constitution".

But Darrag opined that the initiative will be rejected by all political powers.

"What happened on June 30 was a popular revolution backed by the army," he insisted.

"We support the idea of national reconciliation provided that transitional justice is achieved and whoever incited violence or participated in usurping public funds and corruption is brought to justice," it said in a statement.

Morsi, Egypt's first democratically elected president, was ousted by the army on July 3 following mass protests against his regime.

Morsi supporters have since been organizing mass demonstrations and sit-ins nationwide to defend his democratic legitimacy and demand his reinstatement.