Muslim Broterhood leaders will stand trial on February 13 for alleged incitement and murder. 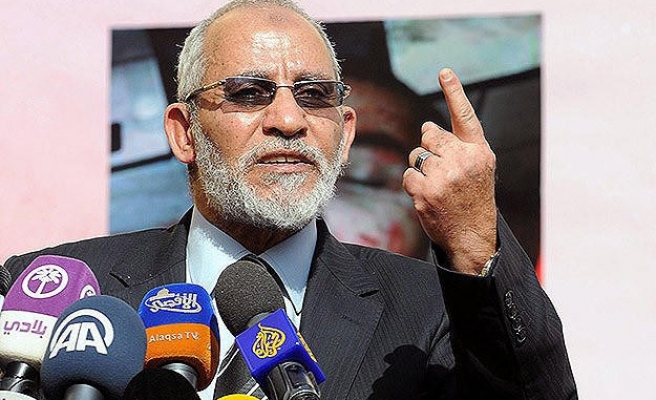 An Egyptian court on Monday set February 13 for the opening session of the trial of 17 senior Muslim Brotherhood members, including group leader Mohamed Badie, charged with inciting the murder of opposition demonstrators in June of last year.
The defendants face multiple charges, including incitement to murder, "thuggery," affiliation with an armed group "with the intent to terrorize citizens," and illegal weapons possession.

The charges relate to violence that erupted outside the Brotherhood's main headquarters in Cairo's Moqattam district on June 30 of last year, in which at least nine people were killed and scores injured.

Prosecutors accuse the defendants of providing weapons and planning attacks on opposition protesters outside the group's headquarters.

The defendants, for their part, dismiss the accusations against them as "politically motivated."
Last Mod: 03 Şubat 2014, 16:27
Add Comment