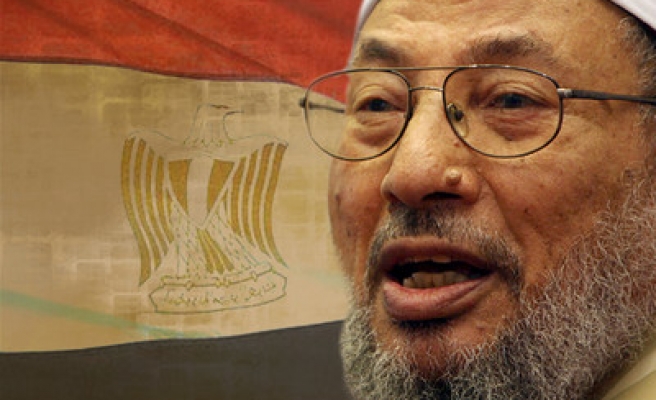 Egypt’s prosecutor-general has referred Egyptian-born Muslim scholar and Muslim Brotherhood leader Yusuf Qaradawi – who has long been based in Qatar – and several other Brotherhood leaders to a military court to face charges of murder.

In a statement issued Saturday, the prosecutor-general said the defendants were accused of “killing a security official and targeting public institutions and citizens cooperating with security agencies”.

Defendants in the case include four leaders of the Muslim Brotherhood’s Guidance Bureau, the group’s highest decision-making body.

While the statement did not say how many Brotherhood members would be tried in the case, Egypt’s official MENA news agency put the number at 53.

Since mid-2013, when Mohamed Morsi – Egypt’s first freely elected president and a Brotherhood leader – was ousted by the military, the group has been the target of a harsh crackdown by the Egyptian authorities in which hundreds of members have been killed and tens of thousands thrown behind bars.

In the wake of Morsi’s ouster, the Muslim Brotherhood was branded a “terrorist organization” by the Egyptian government. Since then, most of the group’s leaders have been detained after being accused – often with scant evidence – of engaging in acts of violence.

The Brotherhood, for its part, has consistently denied the allegations, saying it is devoted to purely peaceful modes of political activism.

The move was widely criticized by local and international rights organizations, which expressed concern that defendants would not receive fair trials.

In a recent video posted on YouTube, Ibrahim Munir, the Brotherhood’s deputy leader, reiterated the group’s rejection of violence.

He added, however, that his call for peaceful means of opposing Egypt’s military-backed authorities “doesn’t mean just staying at home”.

“Rather,” said Munir, “it means engaging in protest against the ruling regime,” which, he went on to assert, “is fast eroding – socially, economically and in terms of its popularity”.

Once considered Egypt’s largest and best organized opposition movement, the now-outlawed Muslim Brotherhood has recently been plagued by a growing rift between older and younger members.

Many of the latter have reportedly called for taking up arms against the Egyptian regime following Morsi’s ouster and imprisonment in mid-2013 and the subsequent crackdown on the group.