Call for change in EU's policy towards Syria made

Europe 'needs a strategy that is not restricted from the outset to diplomacy', German interior minister says 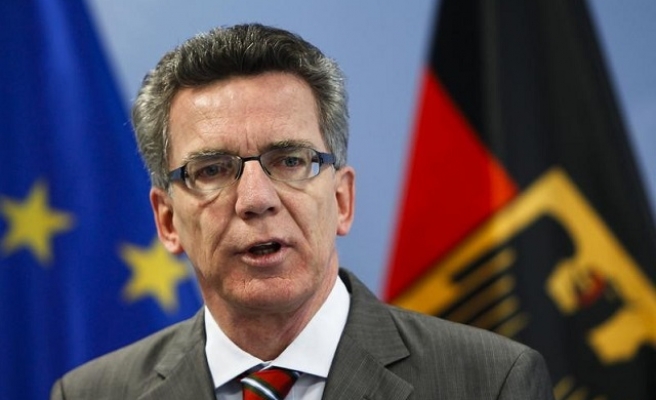 Germany's Interior Minister Thomas de Maiziere said Sunday Europe should stop looking on helplessly as "murder" rages on in Syria, as he called on the bloc to review its strategy on the conflict.

"The fight against the Syrian dictator Assad and the so-called ISIL has not been carried out with the necessary determination," he told the Tagesspiegel newspaper in an interview published Sunday.

"We should not simply look on as murder takes place."

Europe "needs a strategy that is not restricted from the outset to diplomacy", de Maiziere said, although his reply was "no" when asked if he thought the bloc should send in ground troops.

More than 240,000 people have been killed in Syria and millions forced to flee their homes since the conflict began, with President Bashar al-Assad's government losing increasingly large parts of the territory to opposition or the ISIL group.

The regime has relied for support on a few staunch allies, particularly Russia and Iran.