Abdullah Mahmoud, a soldier, said Yemeni and Iranian guards had been killed and a paramedic at the scene said three dead bodies and three wounded had been taken from the area. 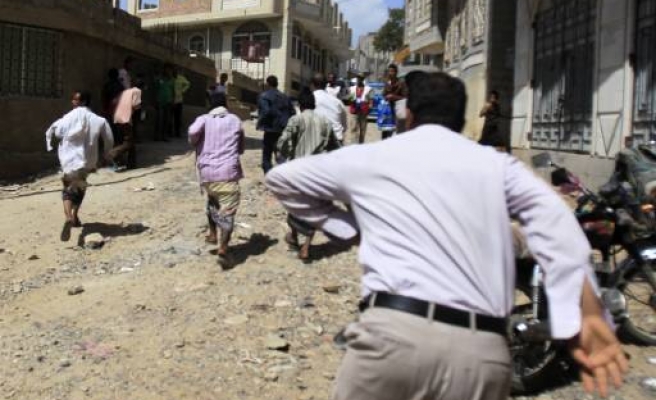 A suicide attacker drove a car laden with explosives at the Iranian ambassador's residence in the Yemeni capital Sanaa on Wednesday, security officials said, killing as many as three people.

The attack, the second such bombing in the city in as many months, punched a large hole in the building and sent rubble flying across the street of the well-guarded diplomatic quarter of the city, a Reuters witness said.

A paramedic said three dead bodies and three wounded people had been dragged from the area. A soldier at the scene, who gave his name as Abdullah Mahmoud, said Yemeni and Iranian guards had been killed in the attack.

The interior ministry confirmed one death - the son of the ambassador's bodyguard - and said 17 people had been hurt, mostly employees of the oil ministry in a nearby building.

Security officials said the ambassador was unhurt, having left his residence for the embassy 10 minutes before the attack.

Inside the embassy compound, an Iranian flag was draped over some of the rubble caused by the explosion. Part of the perimeter wall had caved in and several Houthi militia officials were on the scene, as well as regular Yemeni security officials.

In Tehran, foreign ministry spokeswoman Marzieh Afkham was quoted by official media as saying all embassy staff were unhurt. "It wasn't a major issue and the incident is under investigation," she was quoted as saying.

Saudi Arabia, traditionally the dominant outside influence in Yemen, has been alarmed by the Houthis' political friendship with Shi'ite Iran, the kingdom's arch rival. Riyadh fears the Houthis may seek to emulate the 'king-making' role played in Lebanon by its Shi'ite militia Hezbollah.

Iranian diplomats have been targeted in Yemen before. One diplomat is being held hostage by suspected militants and another was killed this year when he resisted a kidnapping attempt.