﻿Syrian opposition rights group says the blast left 10 dead and tens of injured in the city of Deir ez-Zor. 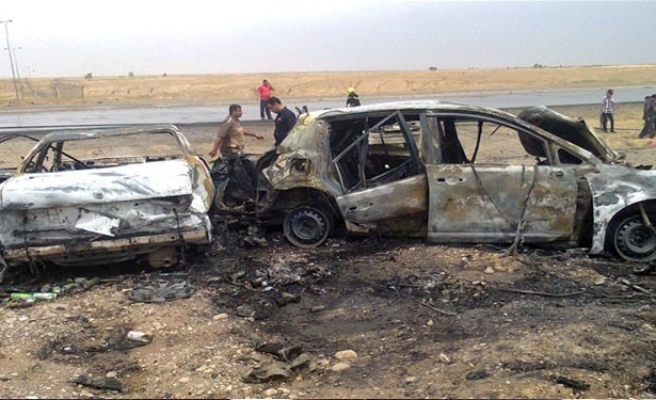 At least 10 people were killed when a bomb-laden car exploded in the Mayadin district of Syria's eastern Deir ez-Zor city late on Sunday.

The blast left 10 dead and wounded tens of others near the Nadi crossroads of the Mayadin district on Syria's border with Iraq, according to the Syrian Revolution General Council (SRGC).

The group said ambulances rushed the injured to the local hospital after the incident which also inflicted large material damage in the area.

Deir ez-Zor, the oil and gas-rich Syrian city, has been under siege from the militant group Islamic State of Iraq and Levant (ISIL) who also blocked humanitarian aid and medical relief materials reaching the city.

ISIL is a hardline militant group fighting in the northern and eastern regions of war-ridden Syria, in a bid to establish their own state. The group is also present in Iraq.

The militants affiliated with the group are the source of recent escalation of violence between Iraq's Sunni and Shiite Muslims since June, as a coalition of armed opposition groups led by ISIL took control of large swathes of the country's predominantly Sunni provinces.

The latest wave of insurgency began when militants captured the city of Mosul, the country’s second-largest city, on June 10 and soon afterwards took control of a number of other key cities and towns including Tikrit, Tal Afar, Fallujah and Baiji.

More than 300,000 residents have fled the city of Mosul after it was captured by the ISIL militia.

On June 11, the Turkish Consulate in Mosul was stormed by ISIL militants who also abducted 49 Turks including the consul-general, staff and their family members, a day after 31 Turkish truck drivers were kidnapped.