The coalition of over 90 international and Syrian groups urge a significant funding increase, greater protection for civilians both inside and outside Syria 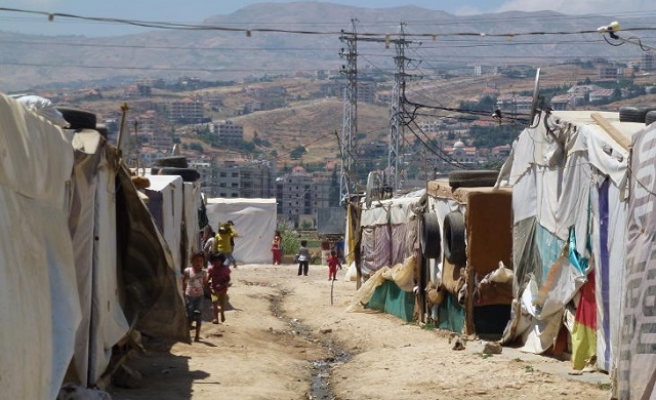 Charities meeting in London Wednesday ahead of a Syria donors' conference in London urged more funding and protection for refugees on the eve of talks.

The coalition of over 90 international and Syrian groups including Oxfam and the fund set up by Nobel Prize winning Pakistani schoolgirl Malala Yousafzai spoke out the day before world leaders meet in London for the main event.

They urged a significant funding increase, greater protection for civilians both inside and outside Syria, better access to education for children and making it easier for Syrians who have fled their country to work in neighbouring states.

"Only an end to the fighting and a negotiated political solution will stop the suffering of ordinary Syrians, which is why it's important that international governments push for agreements in the Geneva Syrian peace talks," said Jan Egeland, secretary general of the Norwegian Refugee Council.

"But in the meantime, it is imperative that we invest in hope, education and livelihoods for the civilian population and pave the way for a more stable future."

The donors' conference comes alongside talks in Switzerland on bringing peace to Syria after nearly five years and over 260,000 deaths in trouble after a wave of intense Russian bombings.

Many of the Syrian activists who were present at Wednesday's conference in London questioned the wisdom of talking about aid when violence is still raging.

"To me, it's a bit surrealistic to discuss a school they're going to bomb," said Marcell Shehwaro of Kesh Malek, an educational non-governmental organisation.

She called for the imposition of a no-fly zone to stop schools being bombarded.

World leaders are set to try and raise $9 billion (8.3 billion euros) for the millions of Syrians affected by the conflict.

The conflict has forced 4.6 million Syrians to seek refuge in countries in the region -- Jordan, Lebanon, Turkey, Iraq and Egypt -- while hundreds of thousands have attempted to reach Europe.