OPCW said President Bashar al-Assad's government had agreed to accept the mission and had promised to provide security in areas under its control. 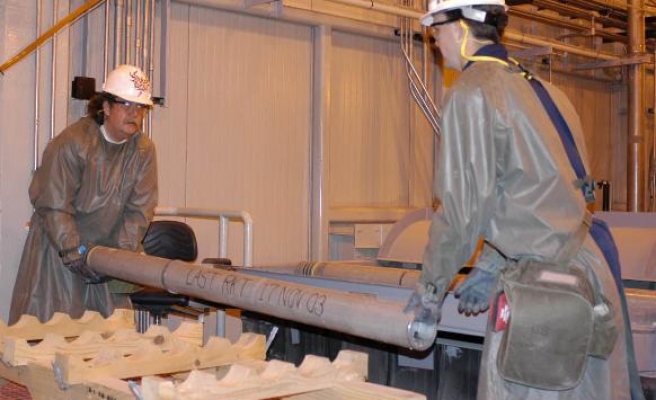 The global chemical weapons watchdog overseeing the destruction of Syria's toxic stockpile will send a fact-finding mission to Syria to investigate allegations by rebels and activists of chlorine gas attacks, the organisation said on Tuesday.

The Hague-based Organisation for the Prohibition of Chemical Weapons (OPCW) said President Bashar al-Assad's government had agreed to accept the mission and had promised to provide security in areas under its control.

"The mission will carry out its work in the most challenging circumstances," the OPCW said, referring to the three-year-old conflict between Assad's forces and rebels. It gave no exact date for the mission but said it would take place soon.

Accusations by rebels and Syrian activist of at least three separate chlorine gas attacks by Assad's forces in the last month have exposed the limits of a deal which Assad agreed last year for the destruction of his chemical arsenal.

The accord followed a sarin gas attack on rebel-held outskirts of Damascus last August in which hundreds of people were killed. Washington and its allies blamed Assad's forces for the attack, but Damascus authorities said rebels carried it out to try to force Western military intervention.

Damascus has now shipped out or destroyed 92 percent of the chemicals it pledged to eliminate. However chlorine, which also has many industrial uses, was never included in the list submitted to the OPCW.

Videos released by activists of chlorine gas cannisters they said were dropped in barrel bombs from Syrian military helicopters could not be verified by Reuters but analysts say the pattern of attacks suggest a coordinated campaign with growing evidence of government responsibility.

The U.S. State Department said last week that if Syrian authorities used chlorine gas with the intent to kill or harm this would violate the Chemical Weapons Convention (CWC), which it joined as part of last year's agreement.

In addition to the possible chlorine use, diplomats say Western powers believe Syria may have not have declared all of its chemical stockpiles - an accusation which Syria has denied.

One Western diplomat said a separate OPCW mission arrived in Syria last week to discuss discrepancies between Syria's original declaration and the quantities which have been shipped out so far.

Last year's chemical deal helped avert the threat of U.S. air strikes against Assad's forces. Since then the 48-year-old president has consolidated his control around Damascus and central Syria and now appears determined to match those military advances with political gains.

On Monday he declared he will run in a June 3 election - dismissed in advance by his opponents as a charade - which is widely expected to deliver him a third term in office.

Ten other hopefuls have also put their names forward, but Syria's election law requires candidates to have lived in Syria for 10 years and to win the endorsement of 35 members of the pro-Assad parliament, ruling out members of Syria's opposition in exile or any other dissenting voices.

A day after Assad's formal nomination, more than 50 people were killed in car bombs and mortar attacks targeting government-controlled areas of Damascus and Homs.

In Homs, at least 37 people including children were killed by two car bombs near a busy roundabout in Zahraa, a neighbourhood where the population is mainly from Assad's Alawite minority, an offshoot of Shi'ite Islam.

A local security source put the death toll at 42.