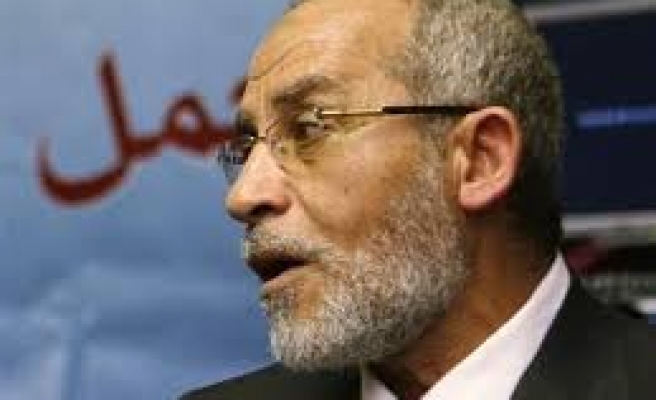 Supreme Guide Mohammed Badie, deputy Khayrat al-Shater, and former head Mahdi Aqef are among those wanted for incidents of violence that took place on Friday in Nahda Square near Cairo University.

Several senior leaders of the Muslim Brotherhood and its Freedom and Justice Party have been arrested in the past two days.

Egypt's state TV and official news agency had earlier said that Saad el-Katatni, chairman of Freedom and Justice Party and a prominent Brotherhood figure, and Rashad al-Bayumi, deputy head of the organization, were released during the ongoing investigation into allegations that they incited the killing of anti-Morsi protesters.

Mustafa Baz, assistant interior minister responsible for prisons, told the Anadolu Agency correspondent that el-Katatni and Bayumi were still under detention, and no release order had arrived from the chief prosecutor's office.

El-Katatni and Bayumi had been detained on Thursday for "inciting violence and killing of protesters", while many from the Brotherhood leadership were banned from leaving the country.

The Egyptian army has denied mounting a crackdown on the leaders and figures of Islamist groups.

"Such reports are baseless. Since the beginning of the June 30 revolution, the army has not arrested or detained any person in Egypt on political or other grounds," the army spokesman said in a statement.

"Whoever has enquiries about arrests should check with the prosecution, which is the body concerned," he added.