A child was killed in the clashes between Egypt security forces and Morsi protesters. 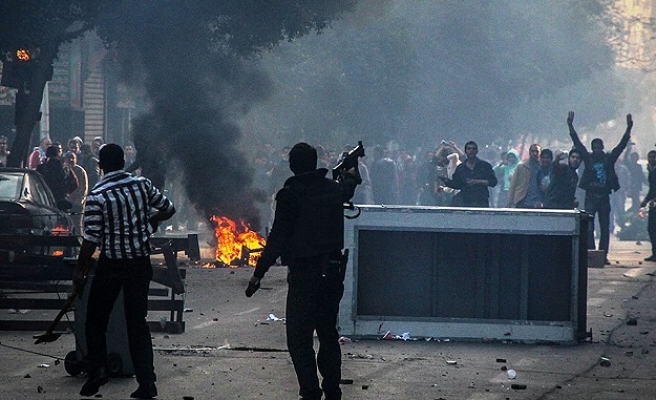 A ten-year-old child was killed on Friday during clashes between Egyptian security forces and supporters of ousted president Mohamed Morsi in the Upper Egyptian province of Minya, eyewitnesses said.

Arafa Saudi was standing on the balcony of his home in the town of Samalout when he was struck by birdshot during a protest, eyewitnesses said.

Speaking to Anadolu Agency, a security source accused demonstrators of shooting the child, saying that security forces only used teargas to disperse protests.

Security forces had also arrested three protesters in possession of a gun loaded with birdshot, he added.

Morsi backers staged fresh rallies on Friday to mark six months since the bloody dispersal of two pro-democracy sit-ins in Cairo and Gaza.

Friday pro-democracy protests were organized in capital Cairo, the canal city of Suez, the coastal city of Alexandria and the central Beni Sueif and Minya provinces.

Friday's rallies were called by the National Alliance for the Defense of Legitimacy, Morsi's main support bloc, to mark six months since the dispersal of the two protest camps.