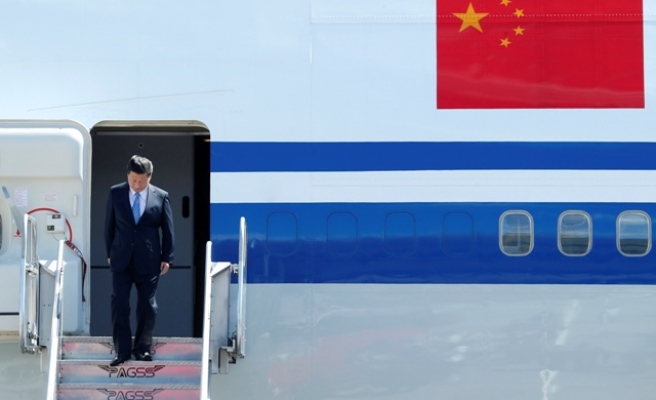 Chinese President Xi Jinping arrived in Saudi Arabia on Tuesday, the first stop on an unprecedented trip to raise the economic giant's profile in a troubled region.

Xi, making his first presidential visit to the Middle East, will also travel to Egypt and Iran.

The local media confirmed his arrival.

Tensions between regional powerhouses Saudi Arabia and Iran reached a new high this month when Riyadh and a number of its allies cut diplomatic ties with Tehran.

He was among 47 people put to death in a single day for "terrorism".

Xi also arrives three days after a historic international deal lifted sanctions on Iran in return for a scaling back of its nuclear capabilities.

China and five other world powers helped broker that agreement. But Riyadh fears it will further embolden Iran, which it accuses of regional interference.

Last week a Chinese diplomat urged "calm and restraint" between Saudi Arabia and Iran, but Xi's trip was most probably organised before the discord, Zhu Feng, professor at Peking University's School of International Studies, said before the visit.

"Clearly now there are tensions between Saudi Arabia and Iran, so he will be going there in the role of persuader," Zhu said.

"China will try and do what it can, but it still won't play a main role."

In the past month, Beijing has hosted high-level members from both the Syrian regime and its opposition.

China has consistently urged a "political solution" to the Syrian war, despite being seen as sympathetic to President Bashar al-Assad after vetoing UN Security Council measures aimed at addressing the conflict on four occasions.

Iran is one of Assad's main allies while Saudi Arabia backs opposition forces, and in December hosted an unprecedented meeting of the Syrian opposition.

"China is the biggest importer of Middle Eastern oil," Zhu said. "So stability in the Middle East is what China would most like to see."