The YASREF refinery, in Yanbu Industrial City on the Red Sea, is 62.5% held by Saudi oil giant Aramco, while China Petroleum & Chemical Corp holds the balance 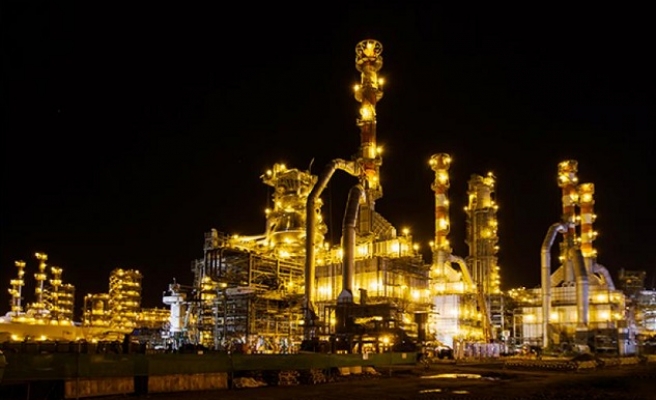 Chinese President Xi Jinping and Saudi King Salman on Wednesday attended a ceremony to mark the opening of a joint-venture refinery, a symbol of Beijing's deepening involvement in the Middle East.

The event took place in the Saudi capital Riyadh on the second day of Xi's first visit to the region. He was to depart later in the day for Egypt and will also travel to Saudi Arabia's rival Iran.

"YASREF represents both companies' focus on driving downstream growth," the refinery said in a statement.

The policy has been given added urgency by a plunge in the kingdom's oil revenues.

YASREF is one of five joint-venture refineries in Saudi Arabia. Another four are overseas, including one in Fujian, China.

Salman in December said he had ordered economic reforms to diversify sources of income and reduce high dependence on oil.

Global crude prices have collapsed from above $100 a barrel in early 2014, trading below $28 on Wednesday.

To cope with a record budget deficit, the kingdom broke with its decades-old generous welfare system and raised fuel, electricity and other prices.

Government spending has also been cut, there is talk of a value-added tax in the tax-free nation, and state assets including Saudi Aramco could be privatised.

Trade between the Gulf nations and China, the world's second-largest economy, has been growing.

Although China depends on the Middle East for its oil supplies, it has long taken a low-profile approach to the region's diplomatic and other disputes, only recently beginning to expand its role, especially in the Syrian crisis.

Before Xi's visit, a Chinese analyst said Beijing would do what it can to ease soaring tensions between Saudi Arabia, the region's main Sunni power, and its Shiite rival Iran.