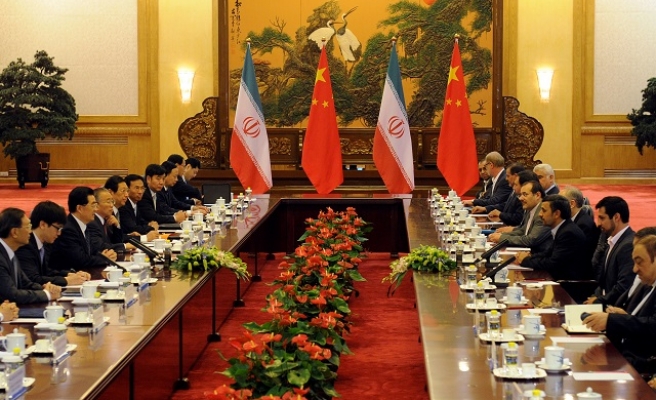 China wants to strengthen military ties with Iran, a senior Chinese admiral said in a statement on Thursday, three months after Tehran sealed a deal with world powers over its nuclear programme.

Sun Jianguo made the remarks to Iranian Defence Minister Hossein Dehghan during a visit to Tehran, China's defence ministry said, noting that he hoped to continue pushing forward military relations between the two countries.

Sun's visit was to "enhance friendship, deepen cooperation and exchange views on issues of mutual interest to the two militaries", the Chinese defence ministry statement said.

China is Iran's largest petroleum buyer, and the US threatened to punish it for its purchases as Tehran was locked in a standoff with the international community over its nuclear programme, amid fears it could develop atomic weapons.

Beijing contributed to brokering a July deal that lifted crippling economic sanctions on the Middle Eastern country in exchange for curbs on its nuclear activities.

The Chinese and Iranian navies have exchanged port calls at least twice since 2013 and the countries have conducted joint anti-piracy and search and rescue exercises.

The countries, Press TV said, also discussed intelligence sharing and counter-terror cooperation, an increasing concern for China as it faces unrest among its Uighur Muslim population.