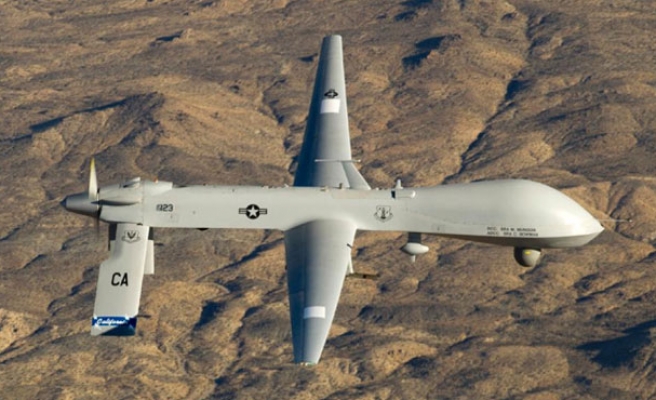 A CIA drone strike on a car in Yemen killed three men believed to be al Qaeda militants on Monday, officials said, in a sign U.S. security operations would continue despite a political crisis in the volatile Arab country.

President Abd-Rabbu Mansour Hadi and his government quit on Thursday in a confrontation with an Iranian-allied armed group, depriving Washington of a staunch ally in its campaign against al Qaeda in the Arabian Peninsula (AQAP).

The attack by a remotely piloted plane in central Marib province was the first since the departure of Hadi and signals Washington's campaign against AQAP is continuing, at least in its use of drones, despite his absence.

U.S. security officials had said on Friday the collapse of the U.S.-backed government had disrupted Washington's counter-terrorism campaign, dealing a major setback to U.S. efforts to undermine one of al Qaeda's most potent wings.

Several U.S. government sources indicated on Monday the latest strike was carried out by a CIA drone. A CIA spokesman declined to comment.

Local officials confirmed the number of suspected al Qaeda militants killed. The Pentagon did not comment on the strike but renewed the U.S. commitment to battling AQAP.

President Barack Obama on Sunday defended his drone-based strategy against AQAP, saying the alternative would be to deploy U.S. troops, which was not sustainable.

Houthi militiamen seized Sanaa in September, becoming Yemen's dominant political faction, and now run the capital and several other parts of the country. Last week they took over the presidential palace and besieged Hadi in his residence in a dispute about the constitution that ended with Hadi's resignation.

The fighters, wearing tribal robes and carrying automatic weapons, have set up checkpoints throughout the city.

On Monday, Houthi gunmen and supporters stormed the capital's main university to detain several of 200 or so protesters demonstrating against them.

A group of activists who took part in the 2011 Arab Spring uprising in Yemen, which ousted Hadi's predecessor, veteran autocrat Ali Abdullah Saleh, warned in an open letter on Monday that the Houthi takeover could destroy the Yemeni state and dash their hopes for a transition to democracy.

"This path increases the chances of armed conflict which can only result in a civil war and fragment the country on fanatical sectarian and regional lines, putting an end to the dream of Yemenis for a civil state," the activists wrote.

The Houthis, from the remote northern mountains, made steady gains southward last year before seizing Sanaa. Diplomats say they were aided by the inaction of army units loyal to Saleh.

While the Houthis say their takeover was a second revolution aimed at ousting corrupt officials, some activists fear they are an Iranian proxy working with the former president to settle scores and become new kingmakers.

"Just as in 2011, we are using peaceful means in confronting these militias," said Fayez Noman, a protester near Sanaa University. "We will continue to take to the streets every day. We have no other option."

Fanning out to majority Sunni areas in the country's west and centre, the Houthis have met resistance from tribes allied with AQAP, leading to an uptick in deadly sectarian combat.

Six Houthi fighters were killed in an ambush on their car by local gunmen on Monday, tribal sources said.