Secret US operation will be targeted at assassinating ISIL leaders 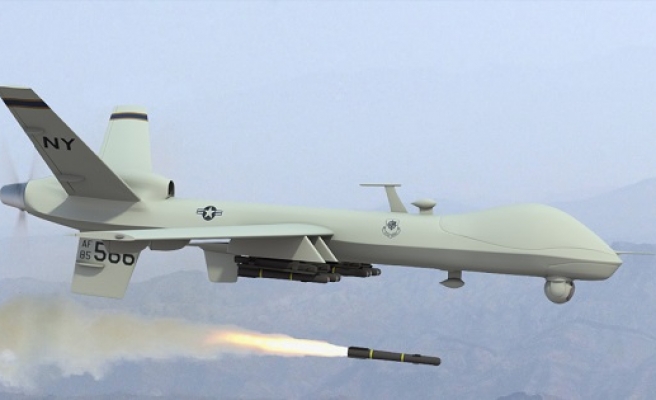 The CIA and US special forces are carrying out a secret campaign using armed drones to target and kill ISIL leaders in Syria, the Washington Post reported Tuesday.

The clandestine program is separate from America's wider military operations against ISIL fighters, the newspaper reported, citing unnamed US officials.

Among those so far killed is Junaid Hussain, a hacker from Britain who the Pentagon said was recruiting ISIL sympathizers to carry out lone wolf attacks in the West.

Officials told The Post that the drone program has only resulted in a handful of strikes, which are being carried out by the Joint Special Operations Command (JSOC). The CIA's main role in the operation is identifying and locating senior ISIL leaders.

The officials said the program was focusing on "high value targets."

A decision to use the Central Intelligence Agency's Counterterrorism Center (CTC) and JSOC in the operation reflects rising anxiety about the spread of ISIL fighters, the Post reported.

The CTC led the hunt for Osama bin Laden and JSOC includes the elite Navy SEAL team that carried out the mission to kill the former Al-Qaeda leader in 2011.

Drone strikes are politically contentious in Washington and President Barack Obama wants the CIA to return to its core activity of spying, and away from paramilitary actions. Instead, he wants the Pentagon to take over the drone strikes.

But Senator Barbara Feinstein of California, the ranking Democrat on the Senate Intelligence Committee, has said she was not convinced the military could carry out drone strikes with the same "patience and discretion" as the CIA.