In addition to different control points in Arish, a radio station was reported to be targeted in the north of Sinai. 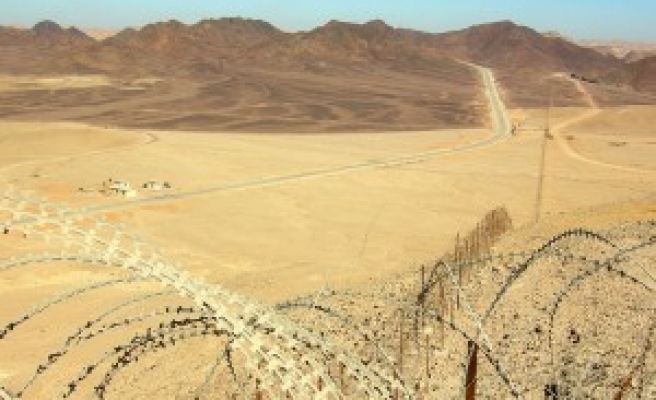 A police officer was killed during armed assaults to the control points in Egypt's Sinai Peninsula.

According to the information received, a police officer was killed and a civilian was injured during the assaults targeting security forces in Arish, the capital city of Sinai.

In addition to different control points in Arish, a radio station was also reported to be targeted in the north of Sinai.

According to the information received from a medical team, two civilians were injured in the assault.

An increase occurred in the assaults aiming at the security forces in Sinai after the military coup in Egypt.

An Egyptian civilian was killed and three army troops were injured in militant attacks on security checkpoints in North Sinai on Monday.

A 32-year-old man died after being shot in the chest at a security checkpoint on Arish-Rafah highway, a security source said.

An army officer was injured in an attack on the same security checkpoint, while two other soldiers were wounded in attacks on a checkpoint on Arish-Sheikh Zuweid highway and another near Arish airport.

Police and army troops on the scene exchanged fire with the attackers.

No group has claimed responsibility for the attacks.

Militants mounted attacks on 12 security checkpoints in Arish, Rafah and Sheikh Zuweid on Sunday, killing two civilians and an army soldier and wounding a police officer and six policemen.

North Sinai has been the scene of almost daily attacks by unknown militants since the military ousted Mohamed Morsi, the country’s first democratically elected president, on July 3.

The army has been building up troops and weaponry for a major offensive against militant groups in the Sinai Peninsula.

At least 31 people, civilians and servicemen, have been killed in a spate of militant attacks in Sinai since July 5, two days after Morsi's ouster.