Clashes erupt outside US embassy in Beirut 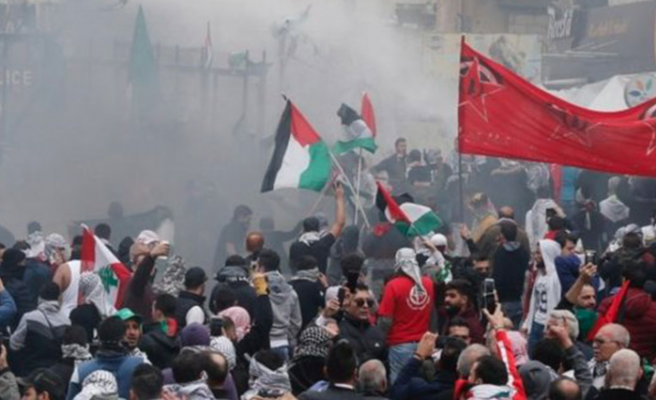 Violent clashes erupted outside the U.S. Embassy in Beirut on Sunday during a protest against U.S. President Donald Trump’s decision to officially recognize Jerusalem as Israel’s capital.

Demonstrators burnt tyres, the U.S. and Israeli flags as they pushed to break through a barbed wire erected by security forces around the embassy complex, according to an Anadolu Agency reporter.

On Wednesday, Trump announced U.S. recognition of Jerusalem as Israel’s capital and said the U.S. Embassy would be relocated from Tel Aviv to Jerusalem.