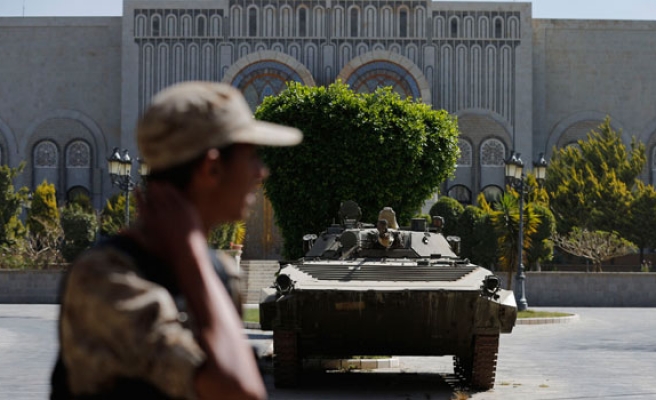 At least 234 people have been killed in Sanaa over the past four days in clashes between Shia Houthi groups and forces loyal to slain former President Ali Abdullah Saleh, who was killed Monday, an International Committee of the Red Cross (ICRC) official said Tuesday.

The ICRC also recorded more than 400 injuries during the clashes, which first erupted in Sanaa over the weekend between the Houthis and pro-Saleh forces, Adnan Hazam, the ICRC’s spokesman in Yemen, told Anadolu Agency.

"Cautious calm now prevails in parts of the capital that saw violent confrontations in recent days," he added.

Hazam went on to urge all parties to the conflict to avoid harming civilians and to facilitate the delivery of humanitarian aid to suffering Yemenis.

On Monday, Houthi group executed Saleh -- who had until recently been considered one of the group’s primary allies -- after waylaying his motorcade outside the capital.

Yemen has remained dogged by violence since 2014, when the Houthis -- fighting alongside Saleh loyalists -- overran much of the country, including Sanaa.