At least one person was reported killed in the fighting in Ikhlas neighbourhood adjacent to the Council of Ministers, a huge complex, and a Damascus University campus, they said. 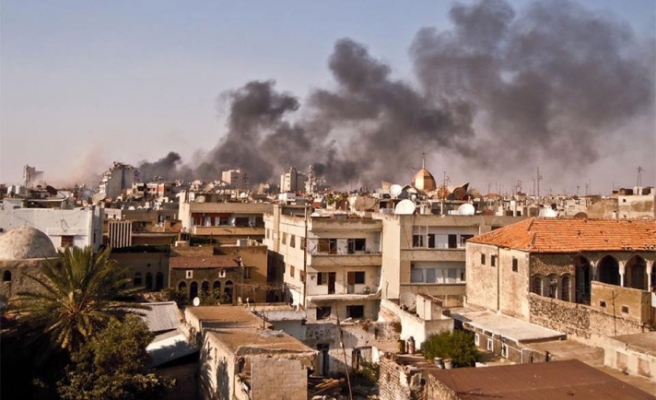 Clashes erupted on Thursday near Syrian government headquarters in Damascus after rebels attacked forces loyal to President Bashar al-Assad, who have deployed armoured vehicles and increased roadblocks across the city, activists and residents said.

At least one person was reported killed in the fighting in Ikhlas neighbourhood near the Council of Ministers, a huge complex, and a Damascus University campus, they said.

Hundreds of families were fleeing the area, located between the districts of Kafar Souseh and Mezze, they said.

"The refugees have nowhere to go. There is fighting across Damascus," said a housewife watching the fighting from a tower block on Mezze Autostrade near the prime minister's office.

Fighting has been focused in the southern and north-eastern suburbs of the city, as well as the central areas of Mezze and Kafar Souseh where several security sites are located. Other parts of central Damascus were quiet on Thursday.

Another resident said army snipers were deployed on rooftops in Mezze and Kafar Souseh after rebels attacked armoured vehicles stationed near the prime minister's office and a roadblock erected in the last few days behind the Iranian embassy.

"The snipers are shooting at anyone in the streets. Mezze streets are deserted," he said, speaking by phone.

Fighting was also reported in Midan, a central Sunni Muslim district where rebels have been operating in alleyways and narrow streets that cannot be entered easily by tanks.

Witnesses also said armoured vehicles entered the Sinaa neighbourhood, which is adjacent to the historic Old City centre of the ancient capital.