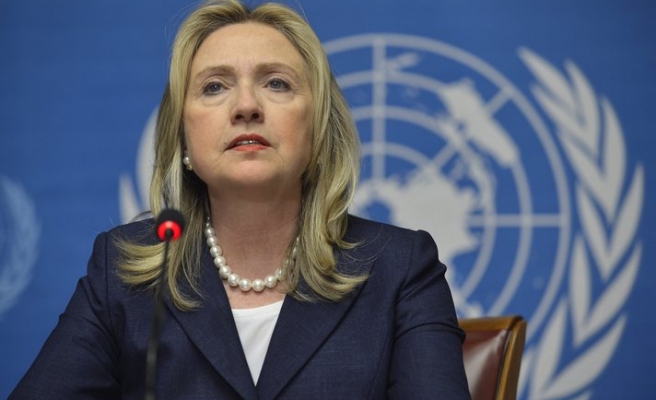 U.S. Secretary of State Hillary Clinton said on Sunday Syria's opposition forces were growing more effective and the sooner the violence ended, the higher the chances of sparing the Syrian government from a "catastrophic assault".

"The sooner there can be an end to the violence and a beginning of a political transition process, not only will fewer people die, but there is a chance to save the Syrian state from a catastrophic assault that would be very dangerous not only to Syria but to the region," Clinton said at a news conference.

It appeared clear that Clinton was referring to the possibility of Syrian rebels launching such an assault on state institutions -- a court and a broadcaster have been recent targets -- rather than to any outside intervention.

"There is no doubt that the opposition is getting more effective in their defence of themselves and in going on the offence against the Syrian military and the Syrian government's militias. So, the future .... should be abundantly clear to those who support the Assad regime," Clinton added.

"The sand is running out of the hour glass."

Clinton was speaking in Tokyo after a meeting with Japanese Foreign Minister Koichiro Gemba. The two were meeting on the sidelines of an international conference on aid to Afghanistan.