The German-flagged MV Colombo Express and the Singaporean-flagged MV Maersk Tanjong collided at the mouth of the canal. 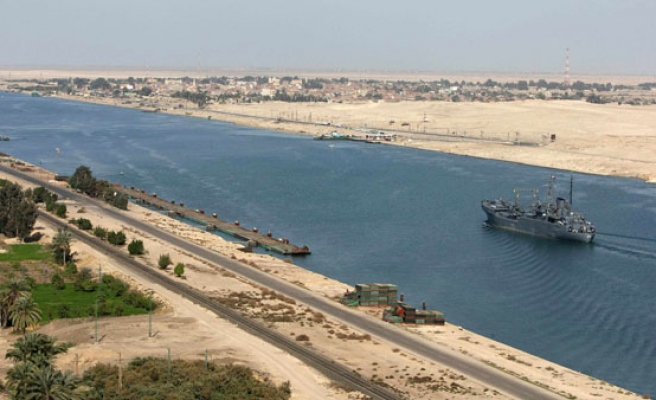 The collision is expected to delay Suez traffic in both directions.

"The incident has severely interrupted the second southbound convoy and the northbound convoy is therefore expected to be delayed," Agents Inchape Shipping Services said.

The Suez Canal is one of the world's most strategic waterways, facilitating much of the maritime trade between Europe and Asia, providing about $5 billion in annual revenue for Egypt.

Both ships remain parked in the canal lakes as Suez authorities fish the containers out of the water and complete an investigation.

No casualties were reported, but the Colombo Express sustained a 20-metre (65-ft) dent to its left side, Agents Inchape said.