Mansour, an open critic of the January 25 uprising, vowed during Sunday's announcement that should he win the presidency he would "ban all demonstrations and strikes for one year." 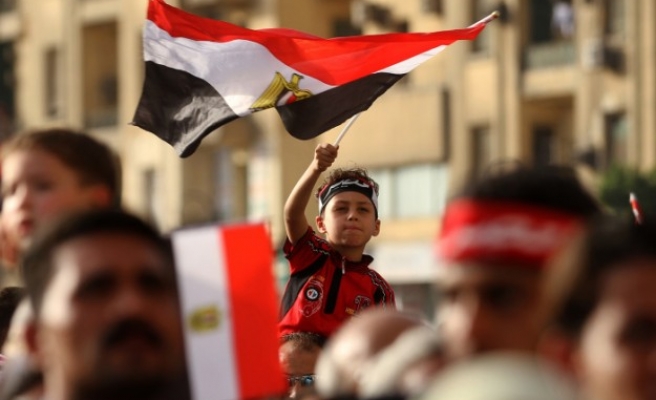 Controversial lawyer and chairman of Zamalek club Mortada Mansour has officially announced his intention to run in Egypt's upcoming presidential polls, scheduled for May 26-27.

Mansour told a news conference Sunday afternoon that he decided to run for president so that Egypt could "regain its wellbeing and international position after ten years of being subject to foreign pressure and American hegemony."

Mansour, an outspoken former MP, is known for his public outbursts – often involving offensive language - against his critics.

In Spring 2011, the lawyer and two-time Zamalek club head was arrested along with a number of officials from the Mubarak regime on charges of killing protesters during the January 25 uprising that led to the ouster of the longtime autocrat in February of the same year.

He was acquitted in late 2012 alongside 23 other defendants over insufficient evidence.

Mansour, an open critic of the January 25 uprising, vowed during Sunday's announcement that should he win the presidency he would "ban all demonstrations and strikes for one year."

Further speaking against the United States, Mansour stated on Sunday that he the current partial suspension of the U.S. aid package to Egypt would threaten the landmark Washington-brokered peace treaty with Israel, under which the U.S. agreed to provide an annual $2.1 billion in aid to Egypt.

Mansour went on to accuse military-installed interim President Adly Mansour of being "weak" for his failure to contain a deadly wave of clan fighting in the southern Aswan province that left at least 25 dead over the past three days.

"If I were president I would have immediately imposed curfew and declared martial law," Mansour asserted. "I would have been able to seize the arms [used in the fighting] within one hour."

He went on to say that he would welcome back into politics those who belong to Morsi's embattled Muslim Brotherhood group – designated a terrorist organization by the interim government last December – as well those of Mubarak's defunct National Democratic Party "as long as they respect the rule of law."

He also said he rejects the presence of human rights organization in the country, which he linked to the U.S. and British "hegemony" on the Arab world's most populous nation.

Mansour's announcement came days after former army chief Abdel-Fattah al-Sisi – seen as the chief architect of Morsi's ouster – announced his own presidential bid amid expectations by observers that the field marshal would dominate the polls.

The upcoming presidential elections will be the first since Morsi's ouster.