Egyptian Coptic thinker and politician Rafiq Habib said that Saudi Arabia and the US did not want a successful democratic Islamist regime, and that the Mubarak regime still controlled the central state apparatus, especially the police, the army and the judiciary. 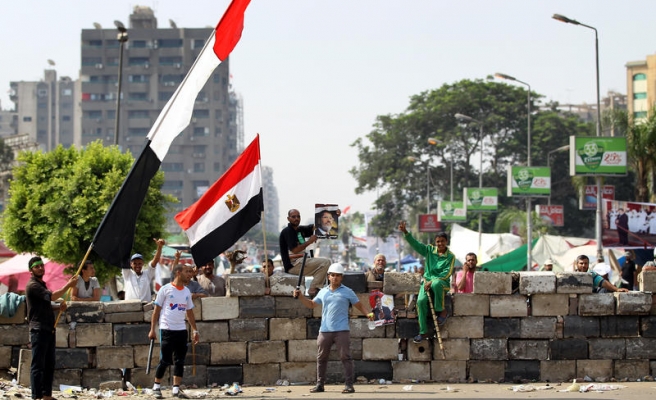 World Bulletin/News Desk
Egyptian Coptic thinker and politician Rafiq Habib described what happened in Egypt as a military coup backed by a sector of Egyptian society, and is expecting another coup to put things back on track.

“What happened is a military coup approved by the US and supported by Arab Gulf countries,” Habib, the former deputy chairman of the Muslim Brotherhood’s Freedom and Justice Party (FJP), said in a study.

“Some countries, like Saudi Arabia, did not want a successful democratic Islamist regime, and others, like the United Arab Emirates (UAE), feared economic competition with Egypt,” he charged.

“The US did not want a non-secular regime that produces its own food, medicine and arms.”

It announced a roadmap, after consultations with political and religious figures, that included suspending the constitution and naming the head of the constitutional court as interim president.

Thousands of Morsi loyalists have since been out on the streets across the country demanding his reinstatement.

“The military coup was not an accident, it was long in the making,” said Habib, a researcher and politician.

He blamed what happened on the regime of Hosni Mubarak, who was toppled by the January 2011 revolution.

“The (Mubarak regime) kept its control over the central state apparatus, especially the police, the army and the judiciary,” he wrote.

“It used that in implementing the military coup,” Habib said.

He accused the plotters of stymieing the efforts of the president and his government to solve pressing problems such as the fuel shortage and power cuts in order to foment popular anger.

The Christian researcher said that while the army was not hostile to the Islamic identity of Egypt, it sees the secularization of state as part of national security.