The petition calls for obliging the state to bring Zoabi to court for her participation in the Freedom Flotilla. 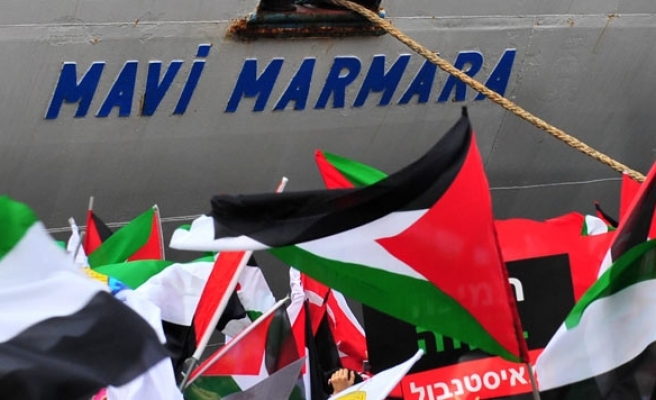 Israel's High Court on Wednesday adjourned hearings into a complaint against Haneen Zoabi, an Arab-Israeli member of the Knesset (Israel's parliament), over the latter's participation in the 2010 Gaza flotilla aboard the Turkish ship Mavi Marmara.

"A panel of three judges looked into a petition filed by former lawmaker and right-wing extremist Michael Ben-Ari, Zionist activist Itamar Ben Gvir and the 'Our Land of Israel' movement," read a statement issued by the MK's office.

The petition calls for obliging the state to bring Zoabi to court for her participation in the Freedom Flotilla.

"The petition claims that taking part in the flotilla was a criminal felony and that the Israeli authorities have evidence that Zoabi was involved in acts of violence against [Israeli] soldiers," the statement added.

The court said it would postpone the hearings until a later date to be determined in future. Following Wednesday's session, Zoabi told reporters that the Israeli army should release audio and video recordings of the Mavi Marmara's voyage, during which nine Turkish activists were killed.

"The recordings would convict the criminals who killed the nine activists," she said.

The Legal Center for Arab Minority Rights in Israel (or 'Adalah'), which is providing Zoabi with legal representation, slammed the petition, saying it came despite an earlier government decision to close the case, as well as a ruling by the country's Supreme Court allowing Zoabi to stand in upcoming parliamentary polls.

Zoabi participated in the Freedom Flotilla aboard the Turkish ship Mavi Marmara, which in 2010 had attempted to break the years-long Israeli blockade of the Gaza Strip.

Israeli forces intercepted the flotilla, however, and killed nine Turkish activists aboard.