Al-Arabi lashed out at assertions by Zeman that the Czech Republic had rejected an EU decision to boycott products coming from Jewish-only Israeli settlements in the occupied Palestinian West Bank. 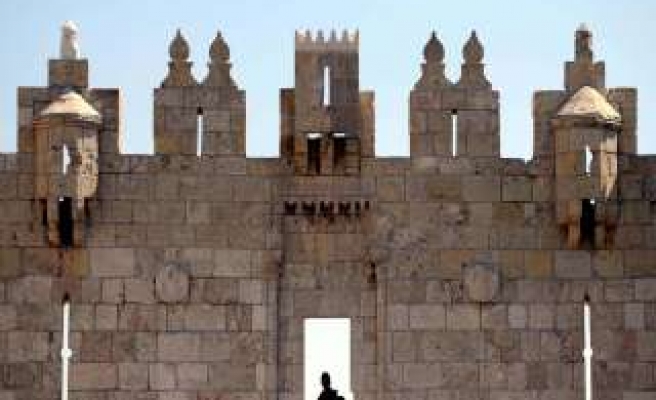 Al-Arabi lashed out at assertions by Zeman that the Czech Republic had rejected an EU decision to boycott products coming from Jewish-only Israeli settlements in the occupied Palestinian West Bank.

No country currently has diplomatic representation in Western Jerusalem, which is considered by Israel to be its capital.

"Will the Czech Republic be the only country with diplomatic representation in Jerusalem?" the Israeli newspaper asked.

In an interview with Israeli newspaper Yedioth Ahronoth, Zeman said his country wanted to move its embassy from Tel Aviv to Jerusalem.

Commenting on this assertion, Netanyahu said the Czech Republic could open its embassy at his personal residence on West Jerusalem's Gaza Street, according to Maariv.

Al-Arabi described the Czech president's attitude as "dangerous," saying it risked setting a precedent for other EU countries.

He said the Arab League General-Secretariat had issued a press release denouncing the Czech president's statements.

He added that Zeman's statements represented a blatant violation of UN resolutions, international law and the Fourth Geneva Convention, as well as other international conventions regarding the Israeli-occupied Palestinian territories.

Al-Arabi called on the league's higher council to take clear decisions and make them known to the UN Security Council.

"The Czech president's statements are a dangerous precedent that must be faced firmly at the level of all Arab countries," al-Arabi said.

"Moving the Czech embassy from Tel Aviv to occupied Jerusalem must be faced very firmly by us all," al-Fara said.

The 1980 Arab Summit in Jordanian capital Amman obliged Arab countries to sever relations with any country that recognized the self-proclaimed Jewish state or moved its embassy to occupied Jerusalem.