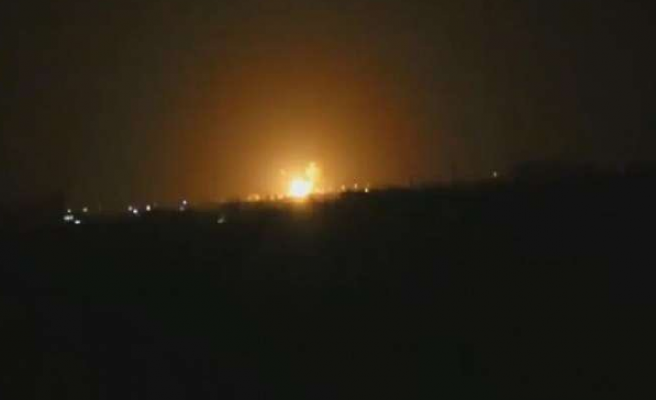 Israeli Intelligence Minister Yisrael Katz said a massive explosion near Damascus International Airport on Thursday was consistent with Israel's policy, but stopped short of confirming his country was behind it.

Israeli warplanes have hit the airport and other bases around the Syrian capital in the past, targeting what it said were weapons stockpiles of its Lebanese foe Hezbollah, which is allied with the Syrian government.

"We are acting to prevent the transfer of sophisticated weapons from Syria to Hezbollah in Lebanon by Iran," Katz told army radio.

"When we receive serious information about the intention to transfer weapons to Hezbollah, we will act. This incident is totally consistent with this policy."

In line with its usual practice, Israel's military has declined to comment on the incident.

Israel has sought to avoid being dragged into the six-year civil war in Syria, but acknowledges carrying out air strikes there to stop what it says are deliveries of advanced weapons to Hezbollah.

Israel used its Arrow interceptor to destroy what was believed to have been a Russian-made SA-5 missile, and Defence Minister Avigdor Lieberman threatened to destroy Syria's air defence systems "without the slightest hesitation" if it happened again.